by Abhinav MishraNovember 8, 2014
1
Now Reading
Here’s What the First Microsoft Lumia Might Look Like
Browse This Page The first-ever Microsoft-branded Lumia is a hot topic these days. The software giant is all geared to announce their first Lumia device without the Nokia branding next week, marking the end of Nokia as a smartphone manufacturer. Now, the new reports have surfaced that showcases leaked images of the Microsoft Lumia RM-1090. Courtesy: China’s Tieba, an online community powered by Baidu.

According to the leak, the expected Microsoft-branded Lumia smartphone will be a low-end device and will feature a 5-inch QHD display with 960×540 pixel resolution. It will be powered by a Snapdragon 200 chipset clocked at 1.2 GHz bundled with 1 GB of RAM, dual-SIM, 8 GB ROM, a 5MP primary camera with LED and a 1900mAh battery. 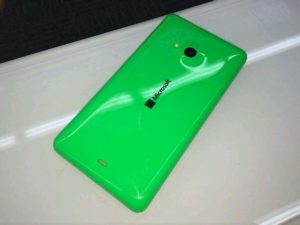 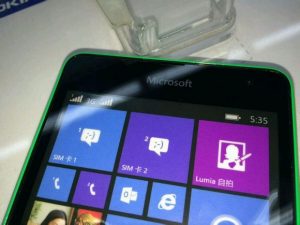 Microsoft Lumia RM-1090 will be 140.2×72.45×9. 32 mm and weighs 145.7 grams. It will be available in following colour variants – white, black, grey, green and orange. Connectivity features will be limited to 3G with HSPA and GSM. The handset is said to have been cleared for US FCC certification in October after being cleared for TENAA certification.

We can expect it to go head to head against the Android One series.

Abhinav Mishra
iGyaan Network's Newbie, Abhinav Loves Gaming, Cars and Technology, You can Find Him on PSN Bragging About his FIFA Skills.
You Might Also Like
LatestMicrosoftMobileNokia
Read More