Hands On with the New Tizen-Based Samsung Z1

by Happy NagashettiJanuary 14, 2015
1
Now Reading
Hands On with the New Tizen-Based Samsung Z1
Browse This Page Android has taken over the market share and is widely available across multiple brands. Companies like Samsung, LG, Motorola and a lot of other companies have greatly benefitted from the Google’s open source operating system. But several electronic giants are attempting to come out of Android’s shadow and set up their own operating systems.

Samsung is attempting to break free from Android’s dominance with its homegrown Tizen OS. Samsung had already inducted Tizen in its Gear family of smartwatches and now they have launched the first phone based on the OS.

We got our hands briefly on the new Samsung Z1 which is the first phone based on the new operating system. 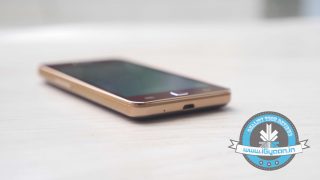 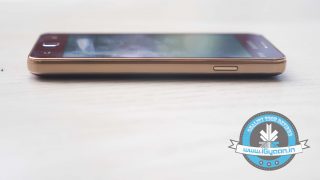 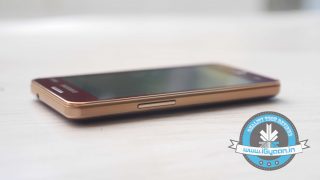 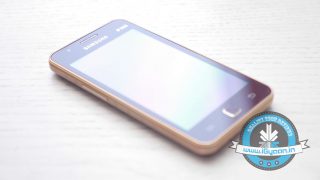 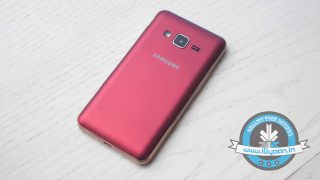 The Samsung Z1 totally looks like something that came out of Samsung’s stable. It has recognizable features including the physical button at the center. The phone has a metal-like casing that along with the polished back panel gives it a premium feel.

The Z1 is being marketed as a multimedia device and offers multitude of content through its tie-up with hungama.com and live tv options like BoxTv. But it comes with a 4-inch WVGA display that doesn’t feel adequate for a complete multimedia delight. The bit that is appreciated is the expandable storage option which is up to 64 GB; an amount great for multimedia hoarders. Tizen OS looks and feels like the TouchWiz UI

Tizen OS looks and feels like the TouchWiz UI on Samsung’s Android devices. The only thing missing is the app drawer. The drop down menu too looks exactly the same as TouchWiz UI with similar setting options. It will be familiar interface for anyone switching from an Android device or upgrading from a feature phone into a smartphone. The company has attempted to bring features from its higher end devices on Z1 like the ultra power saving mode, which up until now has been available on premium handsets like the Galaxy S5 and Note 4. It also offers 500 MB of free data plan with Reliance and Aircel for six months. Overall, in the brief amount of time we spent with the device, we were excited to see Samsung trying to bring something new to its consumers. The device still falls short of competing with products like the Redmi 1S and the Moto E but is still a good effort. The company said that they will be refreshing their line-up of devices over the future and we would like to see where the new path leads Samsung.

Happy Nagashetti
iGyaan Network's newbie Happy is a Technological Hedonist, Traveller, Photographer, Curious Humanoid and a giant foodie who is always pumped up for new adventures.
You Might Also Like
LatestMobileSamsungUnboxing and Hands On
Read More