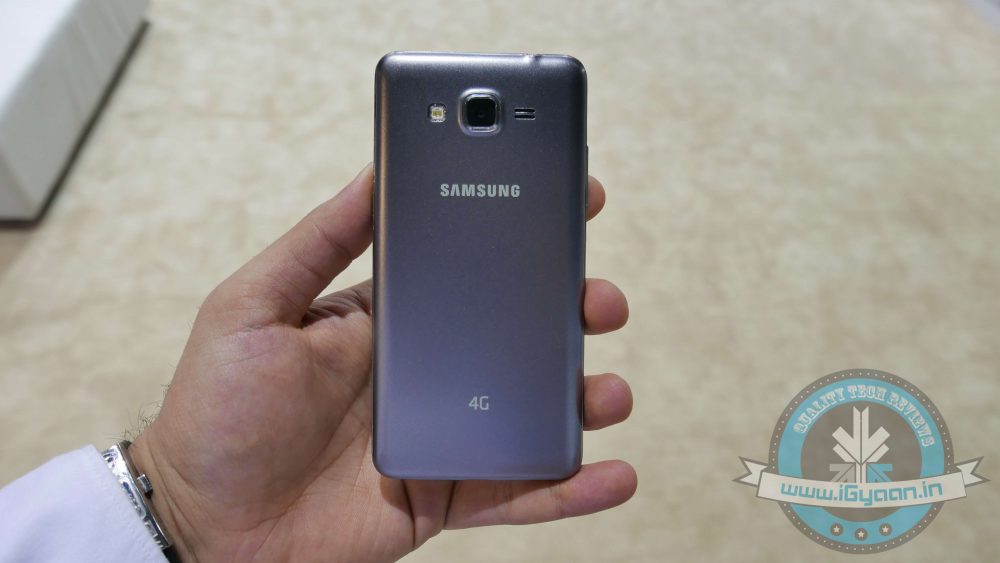 Samsung came out with a plethora of devices at the 2015 Samsung Forum held in Bangkok, Thailand. The newest entrants in the 4G lineup are four handsets – Galaxy J1, Galaxy A7, Galaxy Core Prime and Galaxy Grand Prime. The company looked promising and the India Head of Samsung, Asim Warsi, took to the stage announcing that the firm will focus on bringing out more 4G devices to the market.

Meanwhile, we got an opportunity to get our hands on one of the devices, Galaxy Grand Prime 4G. The Galaxy Grand Prime, as earlier said, is a 4G capable device and holds two SIM slots. At a thickness of 8.6mm, it couldn’t be considered slim, and the rounded edges give it more bulky look. With a plastic body, the Grand Prime weighs mere 156 grams. The design of the Galaxy Grand Prime is nothing extraordinary and is akin to the other Samsung models with similar key placement and identical build.

The handset comes in two colour options – white and grey. Talking about the specifications of Galaxy Grand Prime 4G, then the smartphone boasts a 5-inch qHD TFT (960x540p) display and is equipped with a 1.2GHz quad-core processor. The device runs on Android 4.4 KitKat with TouchWiz UI on top, and there’s yet no notification if the device can be upgraded to Android 5.0 Lollipop. The smartphone sports an internal memory capacity of 8 GB (expandable up to 64 GB) and 1 GB RAM. 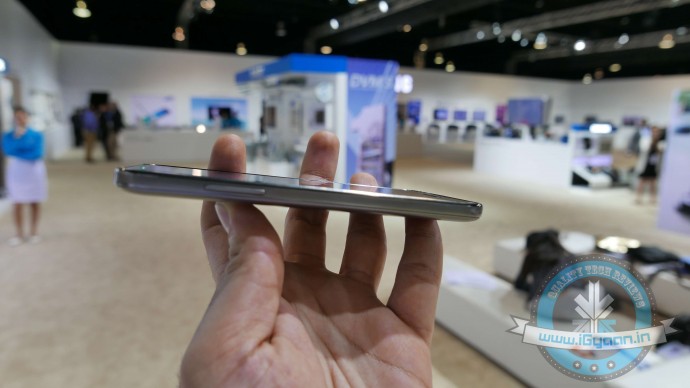 The Galaxy Prime Grand features an 8MP snapper at the back with LED flash and speakers. The front sports a good 5MP front camera that sits at the top of the 5-inch screen for clicking selfies. The back of the phone secures a 2,600mAh battery that powers up the device. Connectivity options like Bluetooth, USB 2.0, Wi-Fi Direct, Wi-Fi and NFC.

Just like any other handset, the Galaxy Grand Prime holds the volume rocker on the left-hand side and power button on the right. The top of the rim has a 3.5mm audio jack and the bottom comprises of a USB slot for charging the device. 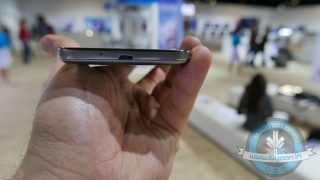 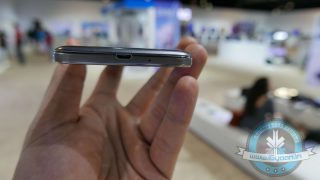 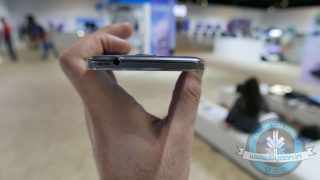 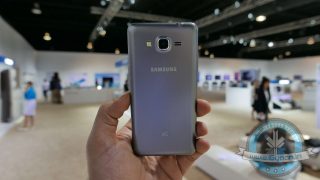 The Samsung Galaxy Grand Prime 4G support TDD-LTE (2300) 4G network used in India. The 3G variants of the smartphone are already available in the market, but this handset will hit Indian stores in March this year. Meanwhile, the company is tight-lipped about its price but is anticipated to be priced slightly higher than the J1, around Rs. 15,000.

Check out the specs sheet below for details:

Rishi Baruah
iGyaan Network's newbie Rishi Baruah is a musician hailing from Mumbai. He plays drums for a Delhi-based band and specializes in Concert Photography. Oh yes, he can cook up a mean four-cheese pizza.
You Might Also Like
LatestMobileSamsungUnboxing and Hands On
Read More