Sections
Top Around the Web
CompareComparing...
194167

iPhone 8 May Have Wireless Charging And Full OLED Display

by DevianaNovember 1, 2016
38
Now Reading
iPhone 8 May Have Wireless Charging And Full OLED Display
Browse This Page

More news has suggested that the iPhone 8 will come in place of the iPhone 7s which would according to refresh cycles launch next year. However, in order to make a big impact for the redesign and 10 years of iPhone, the iPhone 8 moniker will be used.

Apple is said to be working on a new design of the iPhone 8 that will feature an all glass front removing the physical button and reducing the bezels significantly much like the Xiaomi MIX. However, Apple will continue to keep the earpiece and front facing camera in the top region and will put the fingerprint scanner behind the display. 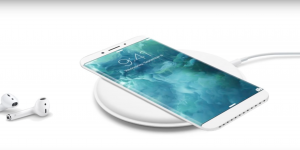 Previous leaks have pointed to Apple bringing back an all glass design, which would be a single piece of glass folded from front to back, alternatively Apple has shown that they are able to make ceramic casing with the Apple Watch series 2 and is possible to make an iPhone with a ceramic back. 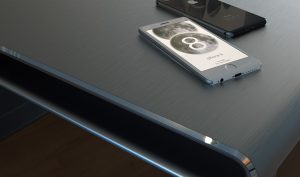 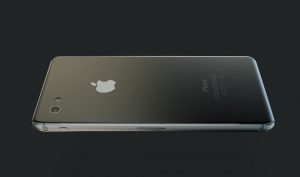 All Glass iPhone Design for 2017 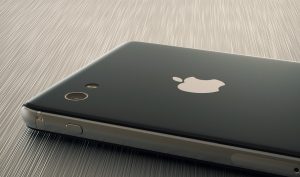 likethis
What's your reaction?
Awesome
30%
Epic
0%
Like
0%
I Want This
10%
Meh
60%
Via
Nikkei
Posted In
Apple, Latest, Top Around the Web
Tags
iPhone, iPhone 8
iPhone, iPhone 8
About The Author

Deviana
Mobile phone lover, Deviana, is iGyaan's Mobile news correspondent
You Might Also Like
AppleLatestTop Around the Web
Read More