LG’s second flexible smartphone G Flex 2 garnered positive first impressions at CES this year. The company promised the customers to make it available as soon as possible and seems like they’ve kept their word. Today, the Korean firm announced the global roll out of the curvy G Flex 2. The device is said to arrive in US, UK, France, Germany, Hong Kong and Singapore first through major carriers.

Carphone Warehouse, a UK retailer, has opened up pre-order of the flagship device, and it will hit the store on March 16. Customers have an option to buy it with or without SIM card. The unlocked, SIM free G Flex 2 comes for £529.99. Many other retailers like Unlocked Mobiles, Clove and more have opened registration for the pre-order of the unlocked device. 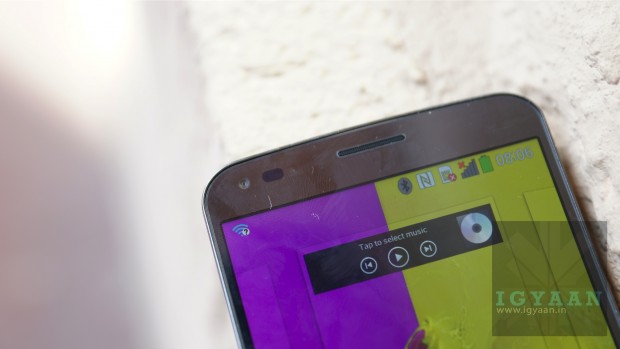 This smartphone was acclaimed for being able to restore its original position in less than 10 seconds. The phone is up for grabs in South Korea and folks in North and South America, Asia and Europe will be able to own one post the Mobile World Conference (2 – 5 March).

Coming to its specifications, the 4G LTE-capable G Flex 2 sports a 5.5-inch full HD display. The Corning Gorilla Glass 3 forms a protective covering over the screen. The device runs on pre-installed Android Lollipop and comes with 2 and 3 GB RAM options, depending on the internal memory. A 13MP snapper sits at the back of the smartphone that comes with features like laser autofocus, optical image stabilization, dual-LED flash.