by Meenakshi RawatMarch 27, 2015
0
Now Reading
Facebook Showcases Solar-Powered Drones Which Will Beam Internet Down To Earth
Browse This Page 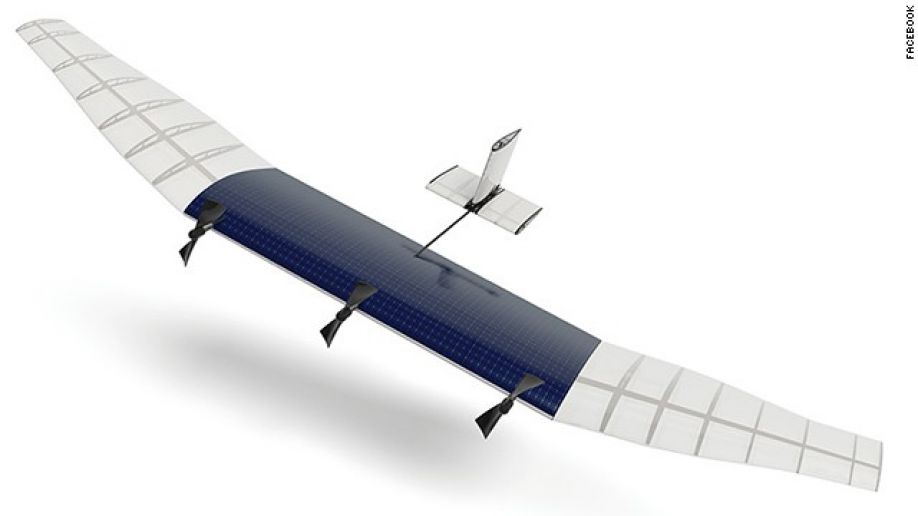 At the two-day F8 Developer Conference at Fort Mason in San Francisco, Facebook shared with the world its plans for year 2015. Yesterday we surfaced the news of Facebook extending Messenger support to third-party apps allowing users to interact with businesses. Now, the social networking giant announced that it will be building drones to help accomplish its Internet.org project.

According to The New York Times, the unmanned aerial vehicle will be V-shaped and are codenamed as Aquila. The drones have got their name from an eagle in Greek mythology. The wingspan of Aquila would be as wide as a Boeing 767 jet airliner, but will weigh as much as a compact car; thanks to the lightweight material to be used for its construction. The unmanned aerial vehicle will reportedly stay in the atmosphere for almost three months and will use solar power for its operations. Staying in the air, the drones will push internet access to 60,000 and 90,000 feet via lasers. During their suspension in the sky, the aerial vehicles will communicate with each other so that they cover the maximum area on the earth. According to the source, the first flights will begin in summer this year, however, the commercial deployment of these drones fleet may take time.

Facebook’s drone initiatives are powered by its buyout of Ascenta, a drone maker in 2014. But it needs external support to build its fleet of drones. Facebook is seeking partners to fund its Aquila project to take off, and in turn the company will offer the data and technology to the supporters.

Until now, Facebook was recognised as a social media entity, but looks like it wants to be the leading powers of the technology busines. Facebook inaugurated the limited free internet service across the world in August 2013 and today, it’s shaping itself to give maximum benefits to the people. It recently brought the internet.org initiative to India in a tie-up with Rcom. There are several initiative underway to offer low cost, high speed access to the entire population of the planet. Apart from Facebook’s drone initiative, Google is making headway in the arena with its Project Loon. SpaceX founder Elon Musk, in cooperation with Google also plans to cover the planet under a constellation of internet beaming satellites. The human population will soon become a connected civilization.

Meenakshi Rawat
iGyaan's newbie Meenakshi handles content at iGyaan. She is an ultimate foodie, loves travelling and likes to read.
You Might Also Like
FacebookLatest
Read More