LG Mistakenly Reveals All There is to Know About the G4

by Meenakshi RawatApril 13, 2015
1
Now Reading
LG Mistakenly Reveals All There is to Know About the G4
Browse This Page The Korean smartphone manufacturer LG has scheduled the official unveiling of its next flagship for April 28. But after this leak, we don’t think there’s much left to wait for. The reliable leaker, Evan Blass (@evleaks), discovered a yet unannounced LG G4 microsite that uncovers most of the concealed details about the handset. The site (now removed by LG) gives sufficient official renders of the handset from almost all angles and many other details of the upcoming flagship.

The site suggests that the unannounced LG flagship will have swappable leather back, which will come in multiple shades and styles. The image speaks of nine different back panels, out of which three are standard, and six are crafted back panels made of real leather. The shades of the leather back plates would be subtle brown, dark blue, maroon, silver, yellow and sky blue, while the textured traditional backs would come in white, grey and silver colour options. The leather back plates have a fine detailing of fiber weave running down the middle.

Evan added the fact that the G4 was under works with the codename LG P1. Meanwhile, the Korean firm has been slipping details of LG G4 in bits and pieces. The past week, the electronics firm made public two teasers revealing crucial details about the forthcoming device. The teaser videos conveyed LG G4 will boast an all-new user interface UX 4.0 and feature a camera of aperture f/1.8. The leak unfolds more about its features and mentions that UX 4.0 sports a lot of features like Quick Shot, Smart Board and Smart Notice 2.0 along with Smart Calendar app and Super Fast Gallery. 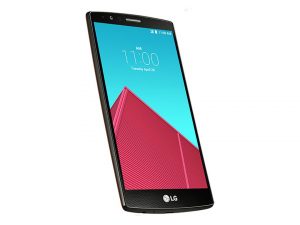 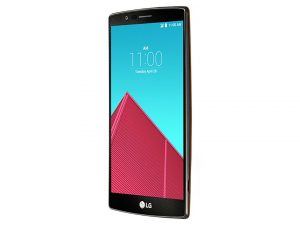 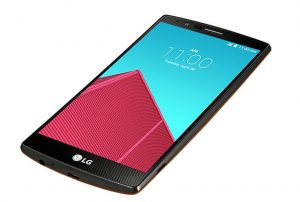 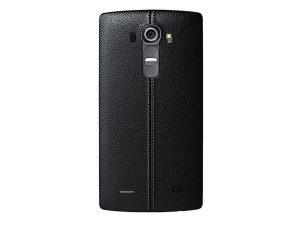 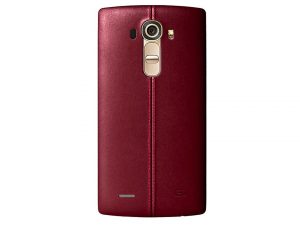 Before this, LG’s display manufacturing department claimed that the next LG flagship will have an enhanced 5.5-inch Quad HD (2560×1440) display. The leaks confirm that the fourth smartphone is G series will have a 2.5GHz quad-core Qualcomm Snapdragon processor and will come with 2GB and 3GB RAM options. The 2GB variant will have 16GB storage space, while the 3GB RAM model will come with 32GB onboard storage capacity, both expandable up to 128GB. The device will have 3000mAh battery and will run on Android 4.4.4 KitKat.

The camera specifications include a 13MP rear shooter with Optical Image Stabilization and Laser Auto Focus Dual Flash. The front will boast a 2.1MP snapper.

April 28 is approaching, and as always, we will be bringing the latest from the launch event. Meanwhile, you can check the speculated spec sheet below: