The new OS for Apple’s personal computers is out and it’s called El Capitan. The new update numbered 10.11 brings not only new visual and usage changes, but also performance improvements.

Mac OS X El Capitan features a newer Safari web browser, which allows you to pin windows with web addresses that you visit frequently. The websites that you pin to Safari will remain active and consistent on the same page. New Spotlight features allow you to do custom searches that work for you. These searches can be based on what is in your documents, current events or even weather conditions. Enhancements to mission control and the way windows are laid out improve productivity. Pulling windows to the top right allows them to be added to a new desktop. If you want to make a window full screen, dragging it in between two active desktops will launch a full screen desktop for that particular window. Adding another app/window to the fullscreen desktop will allow split screen. The mail app gets gestures to archive or trash emails with two finger swipes on the Mac trackpad. New Spotlight search capability will also be available on the new mail app in OS X El Capitan. Left you perform conversational searches like : “Mail that I ignored from Jack”. When you put the Mail app in fullscreen mode, you can actively pause your drafts, just like in iOS. You can also drag and drop attachments between mail windows. Mac OS X Yosemite was the most adapted OS for personal computers. With over 55% Mac users shifting to Yosemite since its launch in Oct 2014. Apple has included Mac OS X El Capitan in their public beta in July and will ship as a free update to all Mac users later this year. On the performance front,  Apple claims that opening windows or apps is considerably faster on El Capitan due to the reduction in processes that are performed before executing an action. Bringing Metal to Mac from iOS has allowed Apple to replace OpenGL and enable enhanced graphics for developers and gamers while reducing the CPU overhead by upto 70%. This will also considerably improve battery life on portable computers. 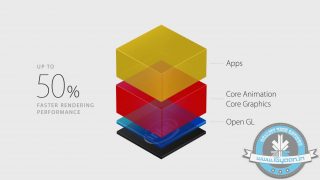 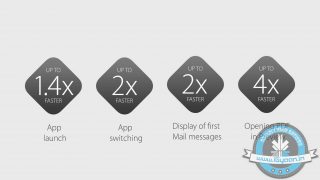