Motorola has just launched the long-awaited Moto G. And like many other competitive handsets around, Moto G, too, has seen its fair share of rumours and leaks.The device is available in two variants and will be available on Flipkart by midnight, today.

The device boasts of a 5-inch 720p display with 1280×720-pixel resolution and 294ppi. It is powered by a 1.4GHz Quad core CPU and the processor has been upgraded from Qualcomm Snapdragon 400 to Qualcomm Snapdragon 410, along with an Adreno306 GPU. It is juiced by a 2,470 mAh battery that can last roughly up to a day. The handset is available in two variants- 8GB storage with 1GB RAM and 16GB storage with 2GB RAM. 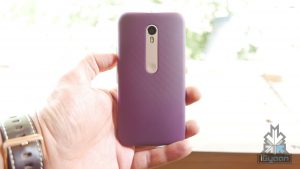 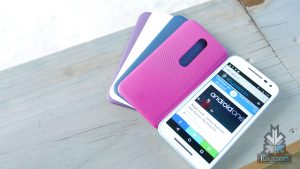 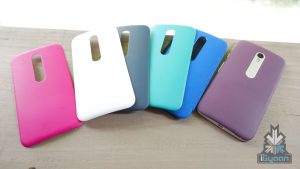 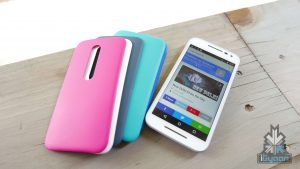 Camera specifications include a 13MP rear camera with f/2.0 aperture, Field of view (FOV) up to 76 degrees. The 5MP front camera consists of a f/2.2 aperture and Field v (FOV) 72 degrees Display flash with fixed focus.

We have pitted the Moto G against the smartphones in the similar price bracket. Let us see how it fared.

As we can see above, Yu Yureka Plus is apparently leading the way to be the first choice of the market due to the same, or better specs in each category at a much cheaper price. But, Moto G should not be undervalued in this race. We think that by adding features like being waterproof for up to 3 feet for 30 minutes, or just shaking the handset for the camera to start automatically, should take the Moto G (Gen 3) a step forward. And, how can we forget the choice between 10 different coloured shell covers and 5 flip covers that leave us spoiled for choice.

Rishi Baruah
iGyaan Network's newbie Rishi Baruah is a musician hailing from Mumbai. He plays drums for a Delhi-based band and specializes in Concert Photography. Oh yes, he can cook up a mean four-cheese pizza.
You Might Also Like
LatestMobileMotoTech
Read More