Moto X Force to be the Official Name of Motorola ‘Bounce’

by Rosheena ZehraSeptember 3, 2015
6
Now Reading
Moto X Force to be the Official Name of Motorola ‘Bounce’
Browse This Page

Motorola has outed the name of its newest smartphone -Moto X Force. Yes, boys and girls, that’s going to be the name of the phone we until very recently were referring to as ‘Bounce’. Along with the official name, we also have a leaked image of the device soon to be made available for retail. It has been tagged as “shatterproof” by Motorola thereby suggesting a military MIL-STD rating of some sort. Being water and dust resistant through an IP factor is one of the other features it is equipped with. The smartphone boasts of Snapdragon 810 chip from Qualcomm, 3GB of RAM, 32 or 64GB of storage, as well as a 3,760 mAh battery, which, let us remind you, is bigger than that of the Moto X Play. The screen will be of a 5.43-inch QHD kind, and the rear camera will be the same 21 MP as in the other two Moto X-branded devices launched earlier this year. All these features along with a 5 MP front camera to go with it all, is what Moto X has to offer. 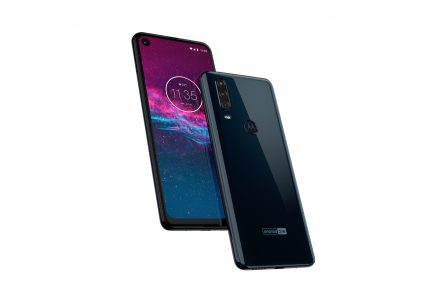