Xiaomi Smartwatch Rumored to be Unveiled on 24th November Xiaomi is holding a big event on Tuesday, November 24 where the company plans on unveiling a few new products that include the Redmi Note 2 Pro and an Android Wear smartwatch. Yes, rumours have pretty much been confirmed that Xiaomi will showcase its very first smartwatch this Tuesday.

Popular Chinese tipster Leaksfly said that Xiaomi will pull the wraps off the Mi smartwatch on 24 November. Although not much is known yet about the internal hardware of the Xiaomi Mi smartwatch, it is all but confirmed that the watch is expected to run on Google’s Android Wear OS. Earlier in the month, Xiaomi launched a new fitness tracker, called the Mi Band 1S series. 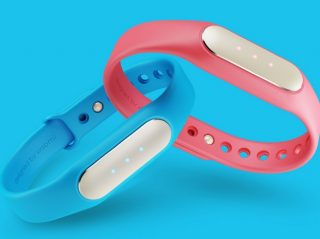 Meanwhile, Xiaomi is also planning to unveil the Redmi Note Pro 2 (which may well be called Note 3 based on a teaser) at said event. The device will sport a metal build and a fingerprint sensor. The specs are similar to the Note 2 with a 5.5-inch screen, 1080×1920 resolution, MediaTek MT6795 chipset and a true octal-core 2GHz CPU. There is 2GB/3GB RAM inside and 16GB of internal storage, a 13MP primary camera and a 5MP front.

We’ll bring you more details on all the devices unveiled at the event on November 24.

Sanket Vijay
When not indulging in reading or writing, Sanket fanboys over The Flash, Star Wars, Coldplay, and U2. And pizza, he loves his pizza. Follow him on Instagram for more.
You Might Also Like
Hardware NewsLatestWearablesXiaomi
Read More