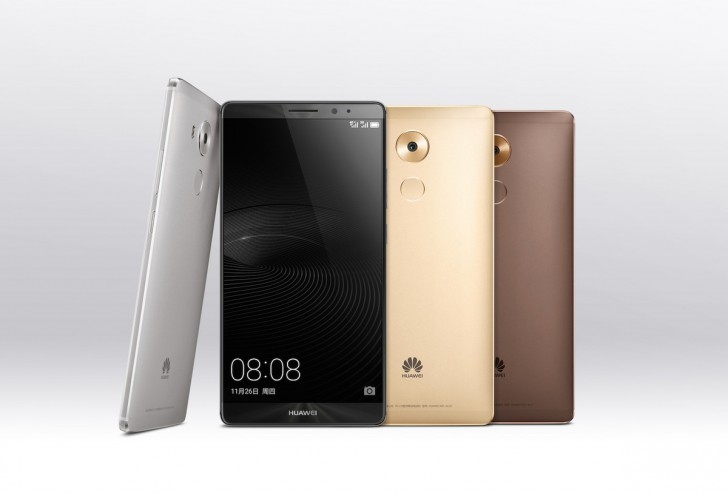 Just a couple of days ago, leaked renders of Huawei’s new Mate 8 smartphone emerged online that showed what the device will look like. The Mate 8 is now official and the device does indeed confirm the renders.

The official specs also confirm earlier rumours. The Mate 8 sports a 6-inch 1080p touchscreen display and will be powered by Huawei’s new Kirin 950 chipset and an ARM Mali-T880 GPU. Furthermore, the handset will be available in 3GB and 4GB of RAM with 32GB and 64GB and 128GB storage variants. The Mate 8 has a large 4,000 mAh battery and will run on Android 6.0 Marshmallow. The Kirin 950 chipset comes with four high-power Cortex-A72 cores, clocked at up to 2.3 GHz and an additional four power-saving Cortex-A53 ones, working at 1.8 GHz. There’s also an i5 coprocessor that “supports speech recognition, low-power consumption MP3, all the functions of a sensor hub, fused location provider (FLP) navigation, and reduces location-based power consumption,” the company said in a press release.

The Mate 8 is made of aluminium with a 2.5D curved diamond cut glass, and features a fingerprint sensor on the back. The 16MP primary camera uses Sony’s latest IMX298 sensor. The device also sports an 8MP front camera.