Following the release of the iPhone 6s series, the crowded corridors of internet have already been abuzz with news,and leaks of the next range of phones from the Cupertino based company. Some might call it pre-mature to make predictions about the iPhone 7 and 7 Plus, which are not due until September this year, but fresh leaks surfacing on the Internet seem credible enough to be worth taken note of. 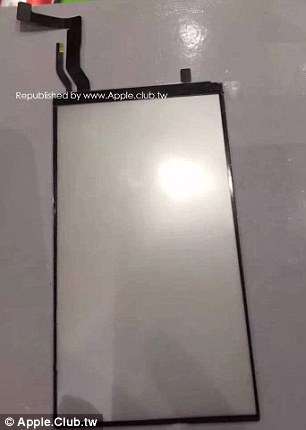 According to new leaked pictures of the the backlight screen for the iPhone 7 published by Taiwanese website Apple Club, there are clear suggestions of design changes in the upcoming iPhones. It had been previously claimed that the handset will win the race to dump the headphone socket, relying on the lightning port, or use wireless headphones to do its work. This new leak has only made these rumours grow stronger. 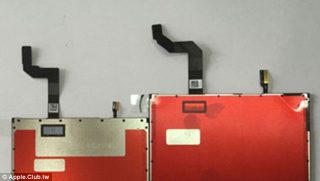 Side-by-side pictures comparing the leaked images with the one used in the Apple iPhone 6s also show flex cables located on the left side of the iPhone 7 backlight while the iPhone 6s backlight has it on the opposite side.

These moves will possibly help the new range of iPhones achieve between 6.0 mm and 6.5mm thinness, and a design that’s waterproof. The devices may also have a faster TSMC-built A10 chip and non-metallic casing with hidden antenna bands.