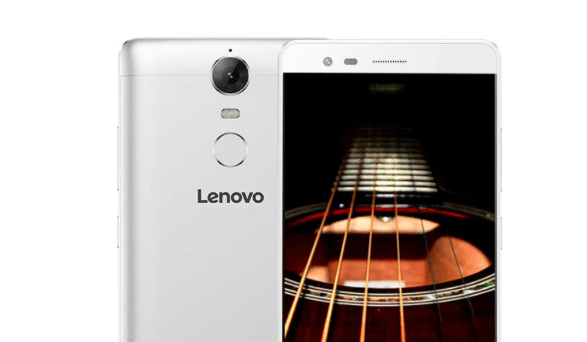 It hasn’t even been a month since Lenovo launched the K4 Note in the Indian Market and it looks like its successor is already here for China. The company has just made the K5 Note official, and the handset comes with an all-metal body.

The K5 Note sports a 5.5-inch Full HD LTPS display and is powered by a Mediatek Helio P10 SoC with 64-bit octa-core processor and Mali-T860 GPU. It has 2GB RAM and 16GB internal storage. On the camera front, the handset features a 13MP unit in the front and an 8MP shooter at the back. It packs in a 3,500mAh battery that supports fast charging and runs Android 5.1 Lollipop with Vibe UI on top. Other features include a fingerprint scanner on the back that can be used to make payments as well as capture photos. The K5 Note offers support for dual-SIM, 4G LTE, as well as VoLTE. It also features a 1.5W speaker on the rear with Dolby Atmos surround sound effect.

The design of the K5 Note looks completely different when compared with the K4 Note. There are no front-facing dual speakers here. Furthermore, the K5 Note sports an all-metal body while the K4 Note had a plastic back. The specs are slightly different as well. The new K5 Note comes with the newly launched Mediatek Helio P10 SoC. However, the RAM here is at 2GB whereas the K4 Note had 3GB. It is possible that the K5 Note will be exclusive to China much like the K4 Note is to India. The handset  is available in Gold and Silver color options and comes with a price tag of RMB 1,099 (Rs 11,500) in China, which is around the same price as the K4 Note. Registrations are already open and it will have its first flash sale this week in China.