The Anticipation clock of most humans starts to ring with the sight of an Apple Product Launch. This time around people are expecting 3 new launches. The iPod refresh, the iPad with some minor changes and most importantly the iPhone 5 (or iPhone 4s).

The iPhone is the most successful smartphone ever made, with in excess of 18.5 million devices sold this year the iPhone has set records that are yet to be matched. Why everyone loves the iPhone? There could be several answers:

It could be any or all of the factors from above, we really don’t know.  The iPhone has always been marketed as a magical device, with the right amount of hype. Keeping price at a point where it was just above the competition and just low enough to be an approachable target (for those looking for a smart phone) . This strategy has also led people into believing that Apple Devices are super premium and most people in India still hold them at gold value (sometimes more value that those useless super value phones).
Whatever the reason behind the iPhones popularity, we know a new one is coming and following rumors and yearly cycles , here is what we think the iPhone 5 is going to be like.

The most obvious guess for a name of the upcoming iPhone would be the iPhone 5 , but unless Apple is planning some major changes the new iPhone may just as well be called the iPhone 4s. Whatever said and done the word “iPhone” will be there and a 5 would sound much better than an iPhone 4s. Some people suggest that the new device will be called iPhone 4 HD,  but that seems like an unlikely name for a device from Cupertino.

There is no guessing the obvious, Apple has already shown off their A5 chipset in the iPad 2 , and just like the iPhone 4 had the iPads chip, the next iPhone will have the new Apple dual core A5 chip. This will boost the speed and performance of the iPhone 5 (we are just going to stick to that name for now)  upto four times. Also, in tow will be RAM upgrades and a bigger 8 megapixel camera sensor, which has been talked about.

Various rumors and speculation points to a larger Edge to Edge display on the front of the device. A possible 3.8 inch or even 4 inch capacitive display can do no harm to Apple’s Jesus phone, giving it a larger screen – real estate would require pumping in more pixels per inch to retain the “Retina Display” badge.

Now this is where the controversy starts. The iPhone 4 had a impressively new design which was loved by everyone when it was launched. Mostly everyone appreciated the new stainless steel design, although there were some who said that it was not as nice looking as the original iPhone. The new design brought a lot of possibilities for Apple especially in the components department. A machined design meant that they could stuff their components into the phone and still have room for a large battery. The frame of the iPhone was the most impressively designed structure to be ever used in a SmartPhone, leaving only the glass front and back in question, which did end up weakening the whole device and making it prone to damage.

The Antenna design, dubbed Antennagate put Apple in the wrong kind of limelight and has ever since been know as the “break all or make all” theory for last years Jesus phone. Everyone thought the antenna problem would diminish the sales of the iPhone 4, but it actually gave them so much publicity that the device did better than expectations from the company HQ.

Using a similar antenna on the next iPhone would be a not-so-smart move from Apple, although there are those who would still buy the device, a large chunk of the audience would think that Apple ignores the consumer, and  move onto alternatives.

The tear drop design has had many references in rumors of the upcoming iPhone 5, a device machined out of Aluminum (unibody is Apple’s forté) which is really slim for the most part but thicker in arears that will  hold the antenna and battery. A device of such design will do fantastically well with the young consumer base of Apple’s baby. We all know the iPhone 5 will have the iOS 5, which will radically enhance the usability of the phone. With dedicated notifications, iMessage, iCloud, Newsstand, Twitter integration, Wireless Device syncing, new photo editing, and the use of volume button as a dedicated camera shutter release. The iOS 5 is ready to give stiff competition to its competitors, still remaining the most secure and bug free mobile OS below the stratosphere . There are still basic features missing from the iOS, bluetooth file transfer being one of them.

Apple may introduce a new cheaper iPhone this year, to target the Android buying generation. A similar strategy already kind of exists with the iPhone 4 being the pedigree and the iPhone 3Gs being sold for Rs. 19,990 (USD 400).

But these rumors point to a completely new and cheaper device id, possibly a US $ 200 iPhone ( they could relaunch the 3GS at 200 $/ or drop in a sim card in the iPod touch). Nobody really knows till Steve walks up on stage ( hopefully) with the next “Magical” device and amazes the audience watching the event worldwide.

No matter how many expectations are met, the iPhone 5 is coming and its coming soon. So hold on to your monies and wait for its arrival, for you never know what technologies might make you drop loyalties and compel you to make the switch.

Here is a list-up of all the expectations we have

Expectations can run wild, leave a comment below if you have any other expectations! 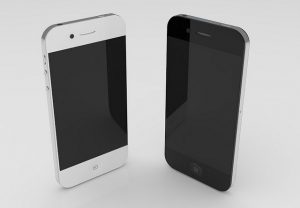