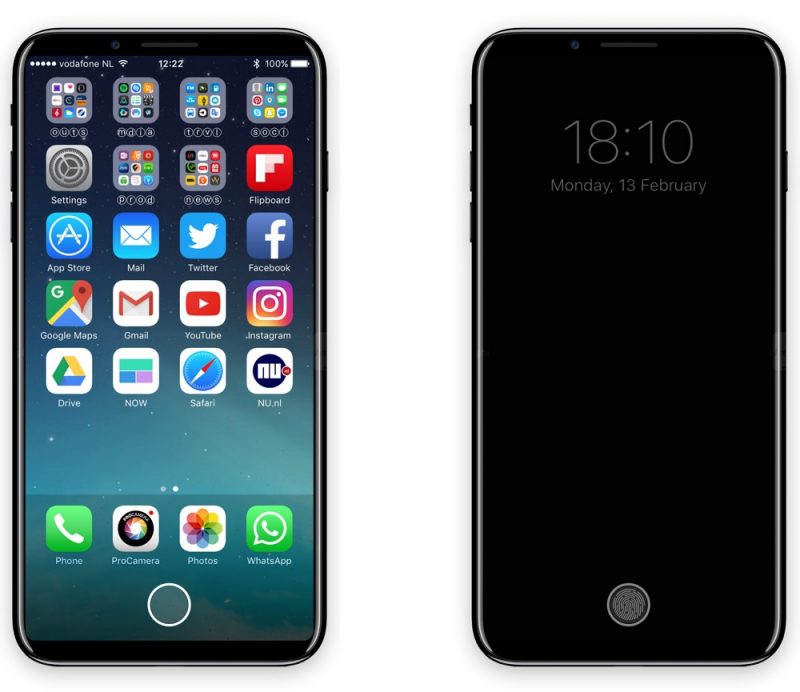 The latest component on display appears to be the iPhone 8’s 3D sensing camera module which is expected to replace Apple’s iconic TouchID. The leaked 3D camera module will most likely be used to recognise users’ face and the feature will be called “Face ID”. Another anticipated feature is the iris scanner. Multiple listings have stated that the the new iPhone is expected to have iris scanner as an added security feature. But Apple isn’t amongst the first to use this technology. Smartphone makers like Samsung and LG have already integrated facial recognition and iris scanner in their flagship devices. However, Apple’s “Face ID” for unlocking the iPhone is expected to be much faster and ‘practically instantaneous’ as compared to the rival systems.  Assuming that Apple is dropping the Touch ID, reports claim that “Face ID”  will be just as fast, if not faster, than the fingerprint sensing technology.

Another challenge faced by Apple while embedding the facial recognition tech could be constantly environmental conditions. As the facial detection technology will have to cope with constant changes in the environment around the face. It is yet to see if ‘practically instantaneous’ system will be capable of handling the scanning, recognition and the storage of a user’s facial biometric information.

It will be interesting to see how Apple will pull off a seamless and instant facial recognition system which is secure and reliable for the upcoming iPhone 8. Apple’s redesigned flagship is expected to launch in September.