Nokia has re-entered the smartphone market with a slew of Android powered phones in different price segments. Its latest entrant was the Nokia 8, the first Nokia branded Android flagship phone. The rumours of Nokia 9 have been doing the rounds for quite some time now and new renders show a 360-degree view of the smartphone. 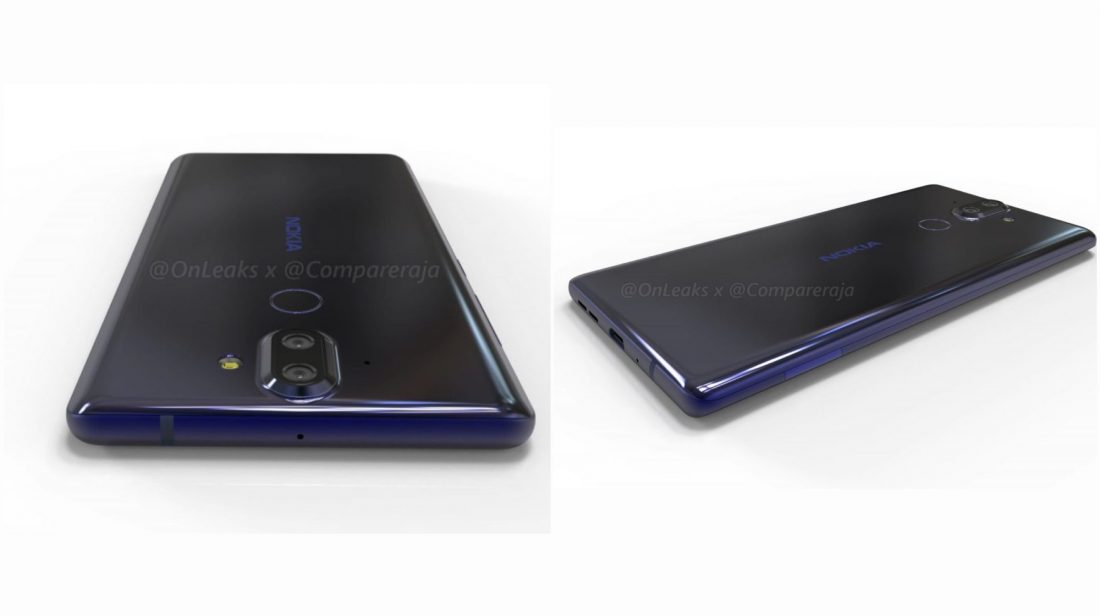 The Nokia 8, although a flagship, has thick bezels around the display which a lot of 2017 flagships don’t. The Nokia 9 renders show a more modern look with thin bezels. The dual-camera setup retains its place and the fingerprint sensor is moved to the back. As far as rumoured specifications go, the Nokia 9 in all likeliness will feature a 5.5-inch 2880 x 1440 px AMOLED display. The phone will have Qualcomm’s MSM8998 Snapdragon 835, 4GB RAM and either 64GB or 128GB storage. Features like OZO sound, ‘Bothie’ are expected to be featured in the Nokia 9 as well since HMD Global really used these features to market the Nokia 8. One big omission in the renders is that of the 3.5mm headphone jack. After Google ditched it in its new Pixel 2 smartphones, there are rumours that other big Android phone manufacturers will follow suit. In the photography department, there’s a vertically stacked dual-lens camera. The specifications in the camera department aren’t clear yet.

With the Nokia 8 launching just a couple of months ago, it will make sense for HMD Global to give the phone some breathing space and launch a new flagship in 2018 with the new flagship chipset, presumably Snapdragon 845. Using the Snapdragon 845 for its devices early on in 2018 might be a little tricky after reports of a deal between Samsung and Qualcomm surfaced a few days which would give Samsung exclusive access to an early batch of the new chips. There is no word on the launch of the smartphone and the company hasn’t taken to social media to drop any hints either.

Vipul Vij
Always found in a Hooded Shell, Excited by technology, tortured by his eating habits. Handles content at iGyaan.
You Might Also Like
LatestMobileNokiaTop Around the Web
Read More