by Vipul VijOctober 13, 2017
0
Now Reading
You Can Scan QR Codes From The Camera App In iOS 11
Browse This Page 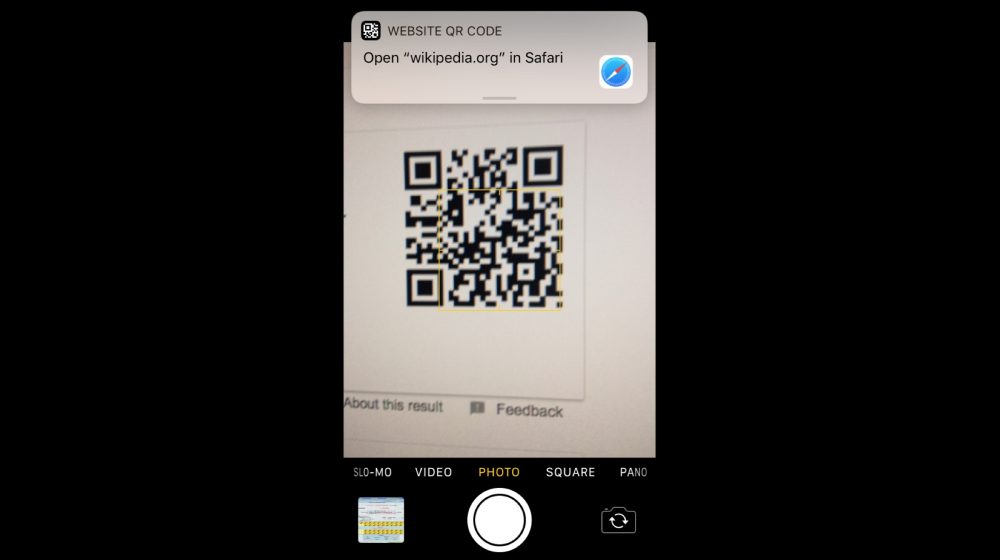 The new version of Apple’s OS, iOS 11 started rolling out to compatible devices on 19th of September. The new iOS 11 brings an overhaul of the control centre, notification panel and other new features. However, there is one hidden feature which hasn’t been talked about is the ability to scan QR codes directly from the camera app. All you need to do is point your phone to the QR code and your phone will instantly display relevant information.

This nifty little feature can come in handy in a lot of cases and might go unnoticed. In a case of shopping, simply pull out your iPhone, open the camera app and scan the QR code. A second later, a small notification will drop down from the top of the screen with a preview of the link to the relevant webpage.

iOS 11 has received mixed reviews so far. New features in the Notes app, ability to customise the control centre and subtle animations have been appreciated but, the overall instability and battery drain issues has left a bad taste in consumers’ mouth.