A lot of smartphones nowadays boast of an ‘IP’ rating which indicates the phone’s ability to fight off water and dust damage. Here’s what an ‘IP’ rating mean-

6- The first digit stands for its resistance to dust, but also general dirt and sand. For example, the Moto X4 earned a ‘6’ rating for “No ingress of dust; complete protection against contact (dust tight).”

The second digit stands for the phone’s resistance to water

This feature has become ever so important nowadays as phones are getting more expensive and every user wants the best features for the price he/she pays. Also, phones are the principal mode of photography for a majority of consumer market and having a phone with an IP68 rating always helps. So, let’s take a look at the top phones with an IP68 rating available in India right now: 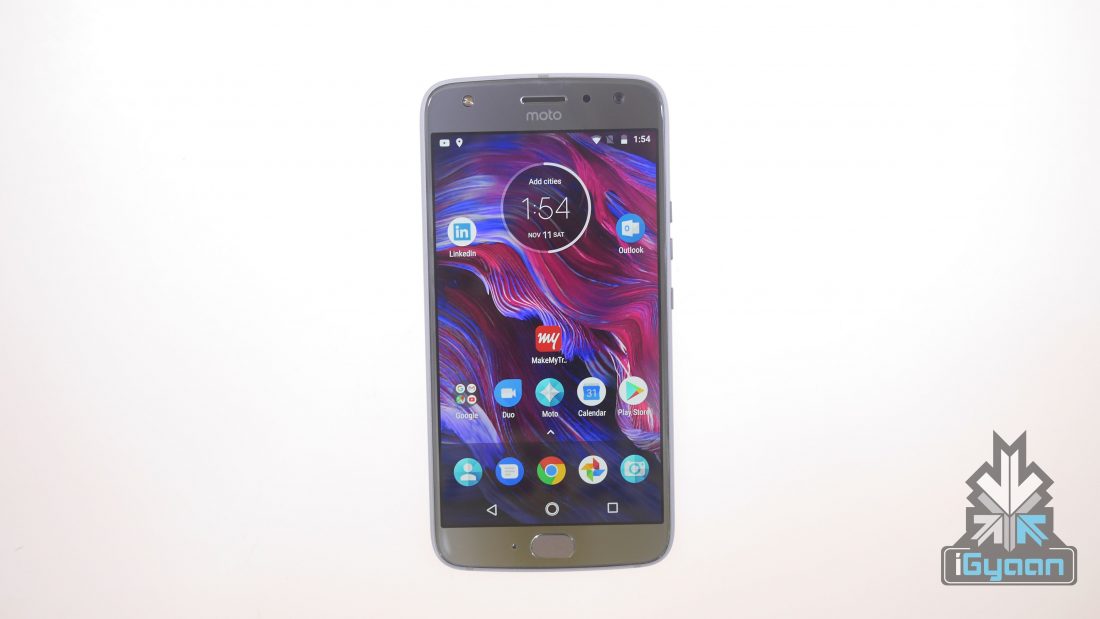 The cheapest phone on the list, the Moto X4 starts at a price of Rs 20999 and is the only phone in this price bracket which has an IP68 rating for water and dust resistance.

The Moto X4 has the Qualcomm Snapdragon 630, 2.2 GHz octa-core processor and Adreno 508 GPU, along with 3GB or 4GB of RAM and 32GB or 64GB of onboard storage which can be expanded up to 2TB via microSD card. The fingerprint sensor is housed inside the home button which also doubles up as a single navigation button. The Moto X4 is powered by a 3000 mAh battery with TurboCharge capabilities. Priced at Rs 54945, the Sony Xperia XZ Premium became the first phone with a 4K HDR display. The device is also IP68 water and dust resistant.

The Sony Xperia XZ Premium has a 5.5 inch 4K HDR Display with TRILUMINOS Display for mobile and X-Reality for mobile picture engine. The 4K display comes into play whenever high res content is available like a 4k video or movie.

Inside is a Qualcomm Snapdragon 835 chipset along with 4 GB of RAM and 64 GB of Storage with microSD support for 256 GB. Running all the hardware is a 3230 mAh battery with Qnovo Adaptive charging and Quick Charge 3.0.

Sony Xperia XZ Premium has a 19MP Motion Eye camera which has a 1/ 2.3”  Exmor RS for mobile memory stacked sensor with a pixel size of 1.22m and Predictive Hybrid Autofocus.
The XZ Premium also offers 960 fps Super slow motion video and the camera is equipped with a 25 mm wide G Lens with a F2.0 Aperture.
The Sony Xperia XZ Premium has SteadyShot 5-axis image stabilization and does 4K recording at 30fps. The front camera is a 13MP 1/ 3.06”  Exmor RS for mobile image sensor with a 22mm Wide-angle lens with an F2.0 aperture. The front too has SteadyShot with 5-axis stabilization.

The LG G6 runs on the Qualcomm Snapdragon 821 chipset with quad-core processor and Adreno 530 GPU along with Android 7.0 Nougat. The phone has a 5.7 inch QHD+ FullVision display with a 2880 x 1440 px resolution and an awkward 18:9 aspect ratio. The LG G6 is available in two variants – one with 4 GB RAM, 32 GB internal storage and the other with 4 GB RAM, 64 GB internal storage. Both the variants have an expandable storage of up to 2 TB, when those card become available.

The LG G6 has a dual rear camera setup with two 13 MP sensors. One of the sensors supports wide-angle shots and has a 125 degree lens. The other sensor is for regular shots, with OIS 2.0 and 71 degree lens. The front camera is a 5 MP wide angle lens with a 100 degree field of view.

The LG G6 has a non-removable 3300 mAh Li-ion battery, which supports QuickCharge 3.0, and will work for more than a day according to LG.

The 2017 flagship phones from Samsung have an IP68 rating as well for water and dust resistance.

Samsung launched the Galaxy S8 and its bigger sibling, the Galaxy S8+ in April 2017. Apart from the LG G6, there was hardly any mainstream global phone with thin bezels and premium features. Qualcomm made a deal with Samsung and gave the company an exclusive early access to the Snapdragon 835 chipset. This made it possible for Samsung to launch the Galaxy S8 with a 2017 flagship chipset way before any other OEM got their hands on it.

Samsung Galaxy S8 and Galaxy S8+ does most of the things right. If you have the budget, there aren’t many phones that look as good and perform as well as these two flagship phones from Samsung. Both the Galaxy Note8 and the S Pen are IP68 rated for water and dust resistance.

The Samsung Galaxy Note has a 6.3 inch 2960 x 1440 px 18.5:9 aspect ratio Super AMOLED display with an 83.1% screen-to-body ratio and Corning Gorilla Glass 5 on the front and back of the device.The Galaxy Note 8 runs Android 7.1.2 Nougat and Samsung has promised an update to 8.0 Oreo in the near future. The phone is powered by a non-removable 3,300 mAh battery with QuickCharge 2.0 through the USB Type C port and because of the glass at the back, the phone also supports wireless charging as well.

Just like the Samsung Galaxy S8 and S8 Plus, the fingerprint sensor sits at the back of the device right next to the dual-cameras.  As is with all Samsung flagship devices, the Galaxy Note8 ships with two different chipsets, the Qualcomm Snapdragon 835, 2.45 GHz octa-core processor with Adreno 540 GPU for USA and China, and the Exynos 8895, 2.3GHz Quad-Core (Custom CPU) + 1.7GHz Quad-Core (Cortex-A53) with Mali-G71 MP20 for the remaining markets.

The Galaxy Note 8 is the first phone from Samsung to feature dual-cameras with a 12MP dual-camera setup, the primary camera has a wide-angle 12MP lens with an f/1.7 aperture and the secondary camera has a 12MP telephoto lens with an f/2.4 aperture. The telephoto lens enables a 2X lossless optical zoom and has features such as the Bokeh effect, much like the iPhone 7 Plus. The dual-cameras are capable of capturing 4K videos at 30 FPS On the front is an 8MP camera with an f/1.7 aperture and captures 4K videos at 30 FPS.

The Galaxy Note8 is much more than just a “slightly larger Galaxy S8+.” It surely does what Galaxy S8+ does best, and then does a lot more. The integration of the S Pen in Samsung’s UI and the dual-cameras are worth an upgrade to the Galaxy Note8 and the premium price tag.

Although onky IP67 rated, the iPhone X deserves a mention for its superior hardware and software performance.

The iPhone X has a 5.8-inch 2436 x 1125 px OLED True Tone Super Retina display with minimal bezels around it. The phone runs iOS 11 and is powered by a 3,000 mAh battery which charges through the Apple signature lightning port placed at the bottom of the phone. Under the hood, the smartphone has the Apple A11 Bionic chipset with a neural engine, a hexacore processor, 3GB of RAM and storage options of 64GB, and 256GB. As is with every iPhone, the onboard storage can not be expanded via a microSD card. The small bezels mean there is no physical home button, which is now replaced with gestures for navigation. Siri is activated by pressing the now larger lock/unlock button. The iPhone X is also IP67 certified for water and dust resistance.

The bottom line is, the iPhone X has all the ingredients of being the best iPhone yet. The design, the new cameras and the AR integration makes the iPhone X even more future-proof than it predecessors. However, the price tag of the iPhone X can make you question how much you love the iPhone and whether its enough to shell out over a thousand dollars on it.

Vipul Vij
Always found in a Hooded Shell, Excited by technology, tortured by his eating habits. Handles content at iGyaan.
You Might Also Like
AppleMotoSamsungSony
Read More