LG announced the LG V30+ back in August during IFA 2017 in Berlin. While the device was slowly spread out to global markets after its initial launch in South Korea, the smartphone made its way to India in mid-December. In India, the V30+ is available in only two colours, Aurora Black and Cloud Silver while globally there are two more colour variants available, Moroccan Blue, and Lavender Violet. 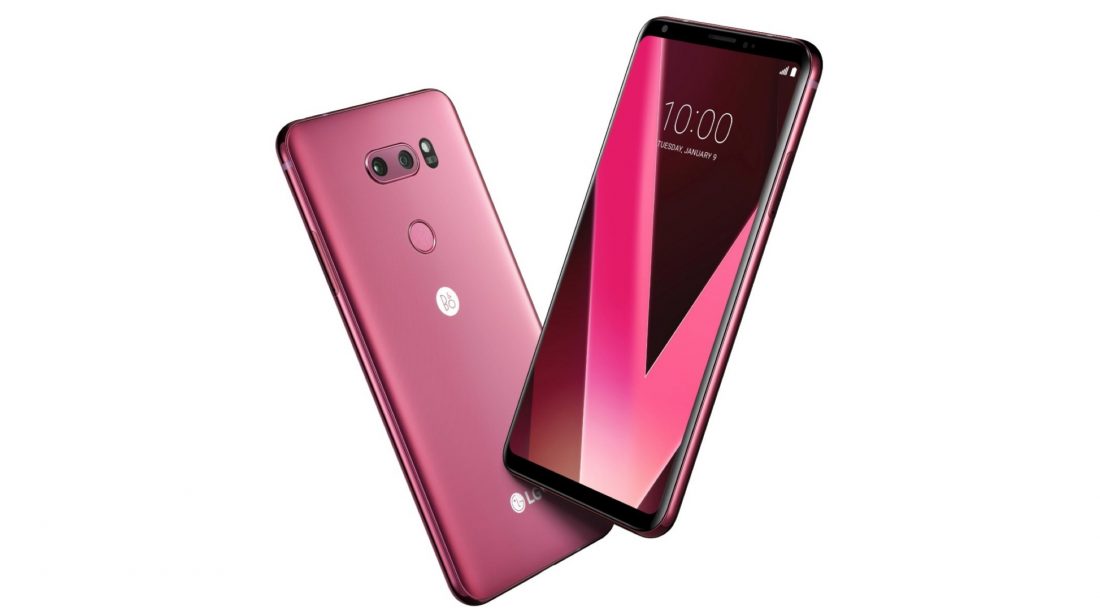 However, right before CES 2018 went underway, the South Korean company announced a new colour variant of the LG V30, called Raspberry Rose. It is a shade of red which is different from other red coloured smartphones in the market and has a more violet-pink hue to it. Images of the new colour variant show that the colour of the smartphone shifts a bit when you when you move the phone around in your hand, similar to the HTC U11 Solar Red.

In the ongoing trend of launching limited edition colour variants of popular smartphones a few weeks after its official launch, the LG V30+ in Raspberry Rose might not be a distant dream after all. Other smartphone makers like Xiaomi and OnePlus have already launched a limited edition red colour of their popular smartphones in India. Even Honor is gearing up to launch a red colour variant of the Honor 7X in India close to Valentines Day. While a flashy new red colour exerts more impetus on consumers to buy a particular smartphone, it barely sways one person from a different device to that particular device. But, the Raspberry Rose appears to be a much better implementation of a “limited edition” colour than some of the other OEMs. In the same way that the Solar Red HTC U11 dazzled the consumers, the LG V30+ in the Raspberry Rose might convince a few consumers to opt for the LG flagship although, the Samsung Galaxy S9 and S9+ are on the horizon.

Vipul Vij
Always found in a Hooded Shell, Excited by technology, tortured by his eating habits. Handles content at iGyaan.
You Might Also Like
LatestLGLifestyleMobile
Read More