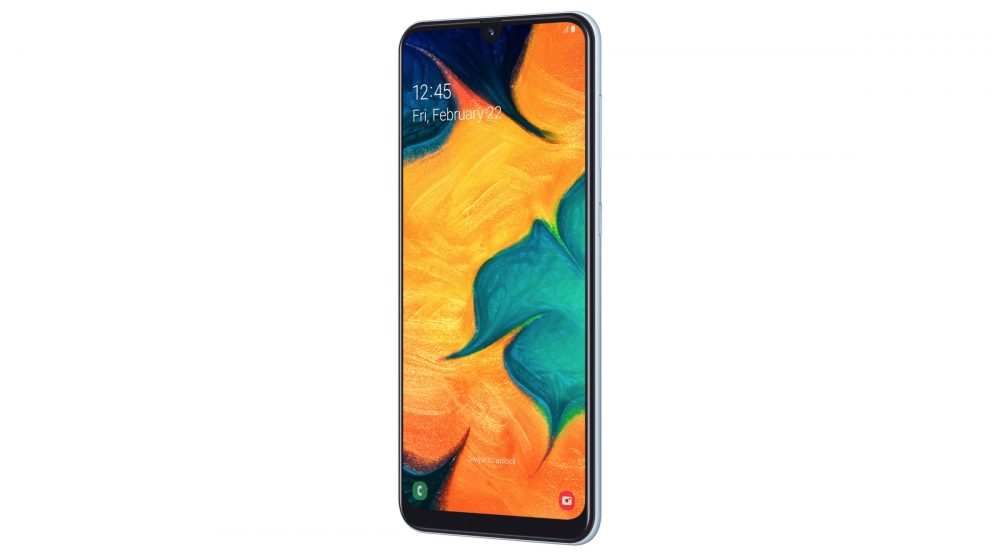 Samsung launched the latest entrants in the Galaxy A series on February 28; when it launched the Galaxy A10, Galaxy A30 and Galaxy A50 in India. Fresh leaks suggest that a new device possibly called the Galaxy A40 may also be launching soon. The support page for a Samsung device with the model number SM-A405FN/DS is live on the company’s German website. Going by Samsung’s naming scheme for previously launched smartphones, the aforementioned device is most likely the Galaxy A40. Also, the webpage suggests that the launch of the handset is imminent in Europe. Samsung Galaxy A40 will be an affordable offering from the company which will sit between the newly announced Galaxy A30 and Galaxy A50. Reports suggest that the smartphone will have a similar design to its siblings, complete with a polycarbonate body and a ‘glasstic’ back. The display will sport an Infinity-U, 6.2 inch Super AMOLED panel with a resolution of 2340 x 1080 px. Like the Galaxy A30, it will have a rear-mounted fingerprint scanner and will support face unlock technology. Under the hood, the Galaxy A40 is expected to run on the Exynos 7885 SoC which is manufactured using 14nm fabrication process. The chipset has an Octa-core CPU and a Mali G71 GPU. In terms of optics, the smartphone will feature a dual rear camera setup consisting of a 16MP f/1.7 sensor and an 8MP f/2.2 ultra-wide angle sensor. For selfies, the Galaxy A40 will have a 16MP f/2.0 sensor housed in the notch on top of the display. In terms of memory and storage, the device will be available with 4GB of RAM and 64GB of onboard storage. Recent reports also confirm that the Samsung Galaxy A40 will have Bluetooth 5.0 support for connectivity. The Galaxy A40 is expected to be powered by a 4000mAh battery, just like its siblings. There will be support for 15W fast charging via the bottom mounted USB Type-C port. Out of the box, the smartphone will feature Samsung’s OneUI on top of the latest Android 9 Pie. Unfortunately, there is no report on the pricing of the device but estimates suggest that the device could launch at a price of Rs 17,999.