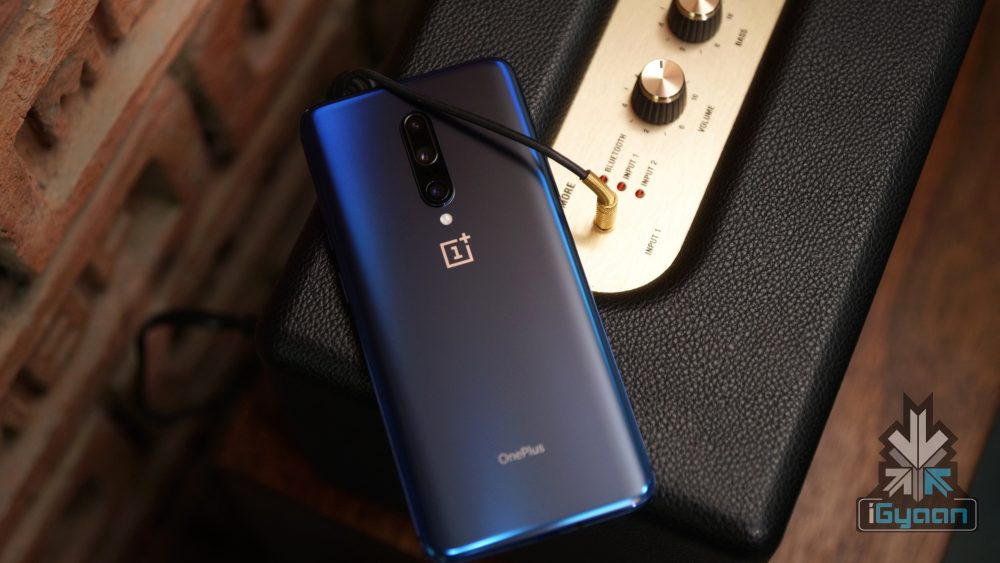 OnePlus is currently one of the leading brands of the premium segment in the Indian smartphone market. The company launches its flagship smartphones annually which are known to be soon followed up by an upgraded version. A new post on Weibo has allegedly leaked the first live images of OnePlus 7T Pro. The Chinese company had launched the OnePlus 7 and OnePlus 7 Pro two months prior, so a ‘T’ version is expected to arrive soon. On the Chinese social networking site Weibo, two images of the yet unannounced upcoming OnePlus device were spotted. OnePlus 7T Pro is speculated to arrive before November if going by past release cycle that the company has followed so far. According to the leaked images, the OnePlus device features a very prominent speaker grill on the top of the phone at the front; which could either mean its a OnePlus 7T Pro or a prototype of the original 7 Pro which was launched in May. Since the images are taken from the front, not a lot of details can be discerned. However, it can be speculated that the 7T Pro will be equipped with Qualcomm’s latest Snapdragon 855+ chipset. The new chipset is an improvement over the SD855 that was featured on its predecessors and should offer a noticeable increase in performance. Furthermore, the refresh rate of the smartphone may also be bumped up and wireless charging can also be included in OnePlus 7T Pro. The handset is also seen to be running Android Q beta according to the images. It is likely that a popup selfie camera makes a return and the rear camera sensors to be similar for the most part. The company might push for 64MP primary camera which is being looked into by other companies as well(1,2). Unfortunately, information is scarce and educated guesses aren’t concrete. More details are expected to be available soon so stay tuned for updates.