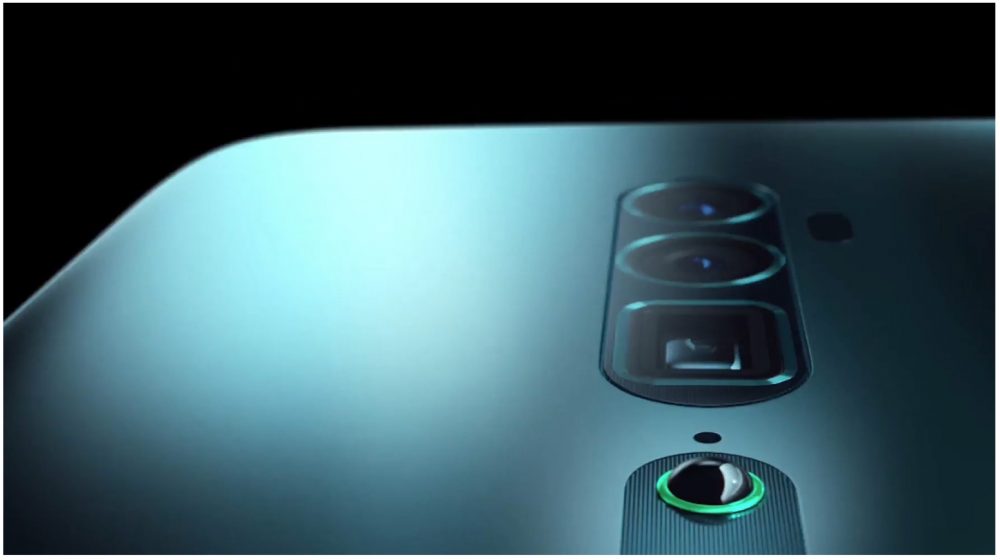 Oppo, in a surprising move, has planned on launching its second generation of Reno smartphones mere months after the original’s release. Previously, we had covered the initial announcement made by the company on Twitter. Unfortunately, apart from the launch date of 28th August 2019, Oppo was yet to reveal any details including specs or features of the devices. A new report claims to leak the Indian pricing and specs of three upcoming Reno series smartphones.

The Reno2 series arrives barely 4 months after the launch of the original Reno series in India. The latest generation will debut in India prior to its global launch. Reportedly, all three Reno2 series smartphone will feature a quad-camera setup alongside 20x Zoom. Interestingly, it is also reported that the new series will still sit right below Oppo’s Reno 10x Zoom.

According to the report, Oppo Reno 2 will feature a 6.5 inch AMOLED display with a 20:9 aspect ratio. The device will have a 93.1 percent screen to body ratio with an in-display fingerprint scanner and Gorilla Glass 6. Notably, The Reno2 could potentially be the first smartphone in India to sport Qualcomm’s Snapdragon 730G SoC. In terms of storage, the device will feature a 256GB ROM alongside 8GB of RAM. The RAM and ROM configurations may probably launch in multiple variants. Additionally, Reno2 will run the Android 9 Pie-based ColorOS 6.0.1 but the company has promised availability of Android Q. The smartphone will replace the original Reno and will be priced around INR 35,000.

The smartphone will feature a quad-camera setup on the rear with a 48MP Sony IMX586 primary sensor with f/1.7 aperture. It will also include an 8MP ultra-wide lens, 13MP 5x hybrid zoom camera alongside a 2MP depth sensor. The camera will feature special portrait modes such as “Ultra Dark Mode”, Portrait Mode 2.0, Ultra Steady Videos, 3D audio zoom, real-time portrait videos, and hybrid image stabilization. Oppo Reno 2’s selfie shooter is a 16MP camera with the similar sharkfin popup mechanism accompanied by “soft light flash.”  The device will be powered by a 4,000mAh battery that supports VOOC 3.0 fast charging and also has Gorilla Glass 5 on the back. Oppo Reno 2Z is a toned-down iteration in the Reno2 series. It will also feature a large 6.53 inch AMOLED display with an FHD+ resolution. Oppo will add Corning’s Gorilla Glass 5 to the smartphone which will also house an in-display fingerprint scanner. Reno 2Z features MediaTek Helio P90 SoC with 8GB of RAM and 256GB of internal storage. The device is expected to be released with a price tag around INR 25,000.

The camera on Oppo Reno 2Z also houses a 48MP primary shooter alongside 8MP ultra-wide-angle lens and 2MP depth sensor. Features such as the OS, front-facing camera and battery are said to be similar to the above-mentioned Reno2. The third smartphone in the series is still shrouded in mystery. Oppo Reno 2F is likely to also feature much of the features regarding camera module but will run on a slightly weaker chipset. The exact display size is currently unknown but going by its INR 20,000 price bracket it can be assumed to be smaller than the former two devices. The report is yet to be confirmed by the company. However, the specs do seem highly likely as replacing the Reno flagship in just a short amount of time seems like a counterproductive move on their part. More information is expected to be available soon. stay tuned for updates.