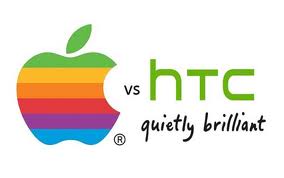 Taiwan’s HTC on Wednesday won a London court ruling against US tech giant Apple over a series of patent infringement claims linked to technology used in its mobile devices.

London’s High Court said in a ruling carried on its website that HTC’s devices did not infringe four Apple technology patents.

Along with the slide-to-unlock mechanism, HTC challenged Apple’s patents on the iPhone’s “multi-touch” system. Both are prize features in the American company’s portfolio, according to intellectual property experts. The other patents in the case related to the way the iPhone manages photographs, and the use of different character sets in text messaging.

A HTC spokesman welcomed the London court’s ruling, which said parts of the slide-to-unlock patented were too “obvious” or foreshadowed by earlier patents.

Shivaank Rana
iGyaan's Carlos Santana! Shivaank loves Apple products! He stays up to date with the latest happenings of the tech world and gets his hands dirty with the latest Gadgets! Follow Him on Google Plus : Google+
You Might Also Like
AppleHTCiGyaanLatest
Read More