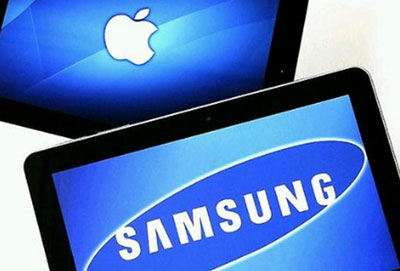 Apple Inc scored a sweeping legal victory over Samsung on Friday as a U.S. jury found the Korean company had copied critical features of the hugely popular iPhone and iPad and awarded the U.S. company $1.05 billion in damages.

The verdict — which came after less than three days of jury deliberations — could lead to an outright ban on sales of key Samsung products and will likely solidify Apple’s dominance of the exploding mobile computing market.

The US lawsuit was one of several cases around the world between California-based Apple and South Korean Samsung over technology rights and innovation in the fast-growing mobile computing sector.

Apple sued Samsung in April 2011, and Samsung countersued. The companies have also sued each other in Britain, Australia and South Korea. The California case was the first to go to a US jury.

Apple sought $2.75 billion for its claims that Samsung infringed four design patents and three software patents. Samsung demanded as much as $421.8 million in royalties for claims that Apple infringed five patents.

For the ’381 patent, which covers the “bounce-back” feature in document scrolling, all applicable Samsung products were found to be infringing for Samsung Electronics Ltd, Samsung Electronics America, and Samsung Telecommunications America, with the exception of the Galaxy Tab under Samsung Telecommunications America. This is a total of 21 smartphones and tablets including the Samsung Nexus S 4G, Galaxy s II (AT&T and i9100), Galaxy Tab, and Galaxy Tab 10.1.

One bit of good news for Samsung: The jurors found that the Galaxy Tab 10.1 tablet did not infringe on any physical iPad design patents, as Apple had claimed.