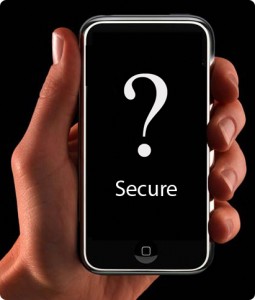 A hacker group has claimed to have obtained personal data from 12 million Apple iPhone and iPad users by breaching an FBI computer, raising concerns about government tracking.

The UDIDs were reported to be stolen from FBI special agent Christopher Stangl’s laptop. Earlier this year Stangl was one of the FBI agents participating in a call that was breached by Anonymous hackers.

According to a Pastebin post, hackers used a then-new Java exploit to get into Stangl’s machine.

[quote]”During the second week of March 2012, a Dell Vostro notebook, used by Supervisor Special Agent Christopher K. Stangl from FBI Regional Cyber Action Team and New York FBI Office Evidence Response Team was breached using the AtomicReferenceArray vulnerability on Java,” the posting states. “During the shell session some files were downloaded from his Desktop folder one of them with the name of ‘NCFTA_iOS_devices_intel.csv’ turned to be a list of 12,367,232 Apple iOS devices including Unique Device Identifiers (UDID), user names, name of device, type of device, Apple Push Notification Service tokens, zipcodes, cellphone numbers, addresses, etc. the personal details fields referring to people appears many times empty leaving the whole list incompleted on many parts.”[/quote]

The hackers say that the hacked database included user names, name of device, type of device, Apple Push Notification Service tokens, zipcodes, cellphone numbers and addresses of iPhone and iPad users. According to AntiSec they have stripped personally identifiable information prior to publication.

It was also added that Apple was looking for alternatives to the UDID system. The post goes on to say, in this case it’s too late for those concerned owners on the list.