Despite the fact that the iPhone 5 may be the most leaked iPhone in the history of Apple launches, At the Apple event at Moscone center in SF, Apple has announced the new iPhone 5.

Apple claims it to be the thinnest and lightest iPhone yet. Here is a run down of all the new features.

The most exciting news is likely the addition of LTE. There’s still HSPA+, EV-DO, EDGE, but it’s the true 4G that is really generating excitement.The fact that companies like Airtel and Government providers are already testing 4G and LTE networks in India makes it truly worthwhile. A new dual band 802.11 a/b/g/n antenna should help improve wireless connectivity.
NFC is still missing, which had been rumored to make its Apple debut with the iPhone 5, but is nowhere in sight.
The iPhone 5 does add EV-DO rev. B to the mix and keeps both GLONASS and GPS for navigating your way around the globe.
The new iPhone 5 will go up for preorder on the 12th of September 2012 with deliveries starting 21st of September 2012. the unlocked price has not been given out in the US, but will go for British Pound £529 for the basic 16 Gb version, seems too pricey to us! 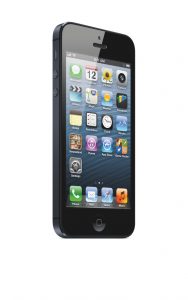 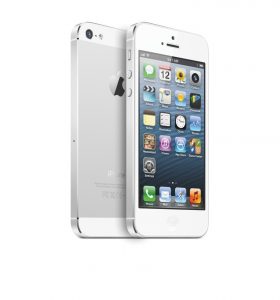 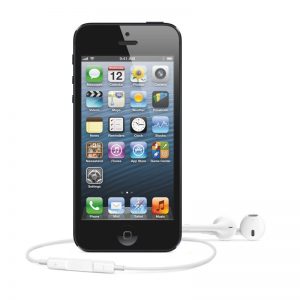 SAN FRANCISCO–(BUSINESS WIRE)–Apple® today announced iPhone® 5, the thinnest and lightest iPhone ever, completely redesigned to feature a stunning new 4-inch Retina™ display; an Apple-designed A6 chip for blazing fast performance; and ultrafast wireless technology*-all while delivering even better battery life.** iPhone 5 comes with iOS 6, the world’s most advanced mobile operating system with over 200 new features including: the all new Maps app with Apple-designed cartography and turn-by-turn navigation; Facebook integration; Passbook® organization; and even more Siri® features and languages.

“iPhone 5 is the most beautiful consumer device that we’ve ever created,” said Philip Schiller, Apple’s senior vice president of Worldwide Marketing. “We’ve packed an amazing amount of innovation and advanced technology into a thin and light, jewel-like device with a stunning 4-inch Retina display, blazing fast A6 chip, ultrafast wireless, even longer battery life; and we think customers are going to love it.”

iPhone 5 is the thinnest smartphone in the world, with an all-new 7.6 mm anodized aluminum body that is 18 percent thinner and 20 percent lighter than iPhone 4S. Designed with an unprecedented level of precision, iPhone 5 combines an anodized aluminum body with diamond cut chamfered edges and glass inlays for a truly incredible fit and finish.

The new 4-inch Retina display on iPhone 5 delivers even more pixels than iPhone 4S, making the already incredible Retina display even better. By making the screen taller, not wider, iPhone 5 is just as easy to use with one hand so you can tap, type and scroll the same way you always have, while enjoying even more of your content including amazing apps optimized for the larger Retina display, widescreen HD video, a full five days of your Calendar and more of every web page.

iPhone 5 supports ultrafast wireless standards including LTE and DC-HSDPA, so you can browse, download and stream content even faster. To support the latest LTE technology, Apple has pioneered a unique single-radio LTE solution that provides blazing fast speeds while fitting perfectly into the new remarkably thin design. iPhone 5 features dual-band 802.11n Wi-Fi support for a wireless experience up to 150 Mbps.***

The all-new A6 chip was designed by Apple to maximize performance and power efficiency to support all the incredible new features in iPhone 5, including the stunning new 4-inch Retina display-all while delivering even better battery life. With up to twice the CPU and graphics performance, almost everything you do on iPhone 5 is blazing fast for launching apps, loading web pages and downloading email attachments.

The 8 megapixel iSight® camera is the most popular camera in the world and with iPhone 5, it’s even better. The new camera is completely redesigned with incredible optical performance, yet amazingly it’s 25 percent smaller than the camera in iPhone 4S. The new iSight camera in iPhone 5 features a sapphire crystal lens cover that is thinner and more durable than standard glass with the ability to provide crystal clear images. The new panorama feature lets you capture jaw-dropping panorama images of up to 28 megapixels by simply moving the camera across a scene in one smooth motion. New video features include improved stabilization, video face detection for up to 10 faces and the ability to take still photos as you record. A new FaceTime® HD front facing camera makes FaceTime calls incredibly clear and can also be used for self portraits and recording 720p HD video. iPhone 5 also allows you to share photos with friends and family using iCloud’s Shared Photo Streams.

iPhone 5 features the new Lightning™ connector that is smaller, smarter and more durable than the previous connector. The all-digital Lightning connector features an adaptive interface that uses only the signals that each accessory requires, and it’s reversible so you can instantly connect to your accessories. The Lightning-to-30-pin Adapter is also available to connect iPhone 5 to legacy 30-pin accessories.****

iPhone 5 comes with iOS 6, the world’s most advanced mobile operating system with over 200 new user features including: an all new Maps app with Apple-designed cartography, turn-by-turn navigation and an amazing new Flyover™ view; Facebook integration for Contacts and Calendar, with the ability to post directly from Notification Center; Passbook, the simplest way to get all your passes in one place; new Siri features, including support for more languages, easy access to sports scores, restaurant recommendations and movie listings;***** Siri and Facebook-enabled apps like Photos, Safari® and Maps; and Shared Photo Streams via iCloud®.

* LTE is available through select carriers. Network speeds are dependent on carrier networks, check with your carrier for details.

*** Based on theoretical speeds, actual speeds may vary.

***** Not all features are supported in all countries.