Apple Starts Rolling Out Fixes For Maps On iOS 6 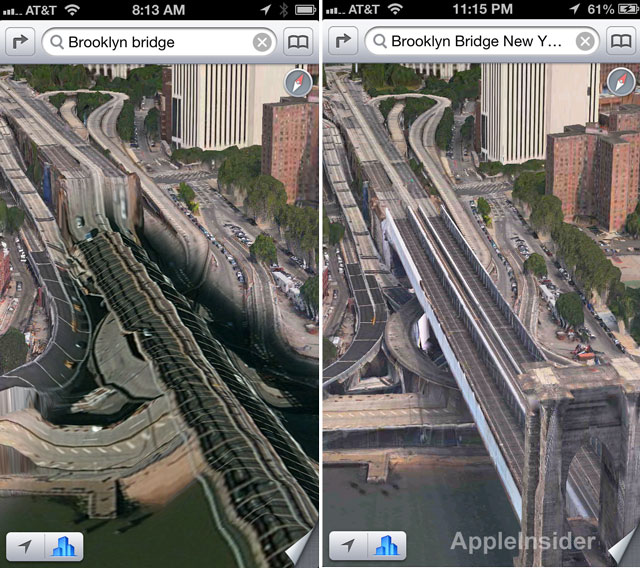 Since the launch of iOS 6, users have reported problems with the new maps app, which lacks detailing and omits public transit directions. Moreover, Apple’s highly-touted 3D flyover feature has also received criticism as the feature displayed comically distorted images that look like major landmarks, and some structures even appeared to have been destroyed.

Several reports suggest that Apple’s quickly correcting some of its botched 3D Flyover views including the now-famous invisible Statue of Liberty. MacRumors says that imagery improvements have been reported in Honolulu, Hawaii; San Fernando Valley in Los Angeles; New York City and London. Additional 3D buildings in vector mode are also popping up. The Apple rumors website also states that users who don’t see the immediate changes will see them in the near future as “aggressive caching” is holding the roll out from hitting everyone.

Apple is reportedly prepping a program that will train retail staff employees to help report errors in cities where Apple Stores are located.