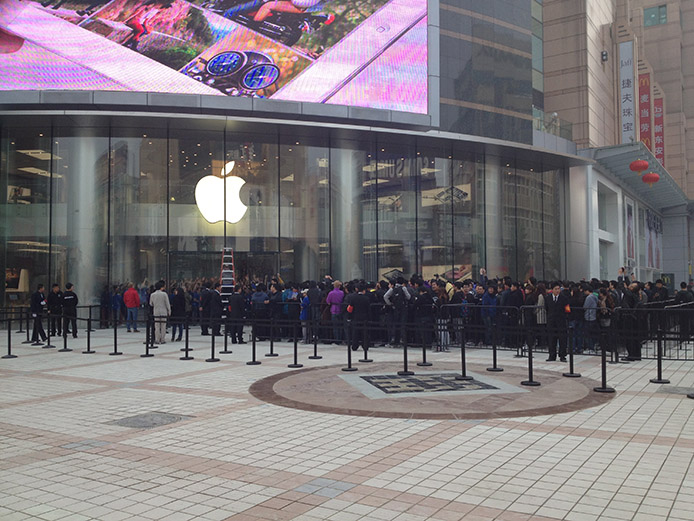 Apple’s largest store in Asia opened in Beijing on Saturday. The store, located in the city’s commercial street of Wangfujing, is Apple Inc’s third in Beijing.

John Browett, Apple’s senior vice president of retail, had previously said the new store is the company’s largest store in Asia, with an area of 2,300 square meters and more than 300 employees.

Big Apple events in Beijing tend to get a little rowdy, but Saturday’s opening, tightly controlled by dozens of security personnel, went smoothly. A half hour before doors opened, hundreds of employees in the company’s typical blue t-shirts lined up in formation, slapped high fives with one another and the crowd. Some even jogged around the perimeter of the store, drumming up excitement from customers. By 10 a.m., the line barricades were removed, although a steady stream of customers continued to file in.

It was reported on Thursday that Apple Senior Vice President of Retail John Browett visited the Wangfujing location to offer media a guided tour of what he called the best store Apple has built in Asia. The executive also let loose that construction of a fourth Chinese location was already well underway in Shenzhen, a city in which Foxconn and other Apple manufacturing partners run major fabrication facilities.