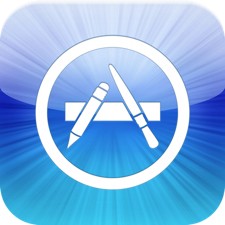 Have you ever been scammed into buying an app because of a screenshot that falsely represented the app you were buying? If you have, then there’s some good news for you.

Apple today announced on its Developer Portal that screenshots added to app descriptions will be locked in place once an app has been approved.

[quote]Beginning January 9, app screenshots will be locked in iTunes Connect once your app has been approved. New screenshots may be uploaded when you submit a binary for an update to an existing app or a new app.[/quote]

Before the new policy went into place, app developers would often upload legitimate game screenshots to accompany the app description, then switch them out for screenshots that resembled more popular games once the app was approved. The switch often snagged unsuspecting victims who assumed they were downloading a different app.

For example, in one instance, an unofficial Pokemon Yellow app was uploaded to the App Store. The app snuck by Apple using an unobtrusive set of screenshots, and then switched them out with photos from the Nintendo game, which thousands of people then purchased.

While this presumably means that scamming developers will no longer be able to game the App Store, it also hobbles legitimate developers trying to keep their app descriptions up to date.