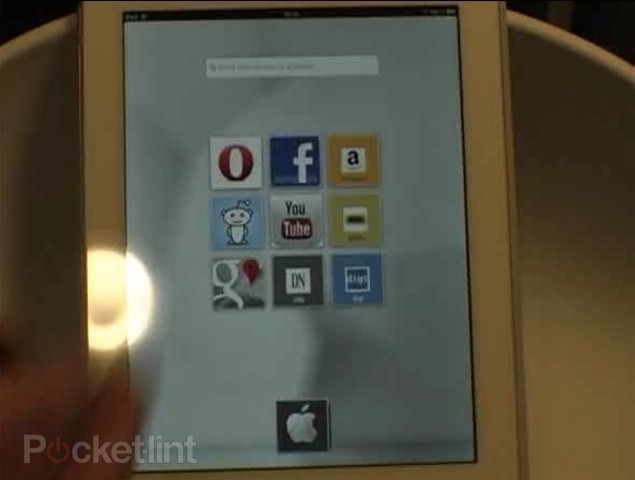 Opera Software, the company behind the popular browser of the same name, will launch a new smartphone and tablet browser called Opera Ice in February, Pocket-lint has revealed. It is an attempt to stay relevant and take the fight to Google and Apple in the mobile browser stakes.

According to a preview obtained by Pocket-lint, the company plans to do away with many of space-wasting icons and boxes, opting instead for gestures and big, beautiful icons.

The company will launch Opera Ice for Android and iOS, and it will be optimized for tablets as well as smartphones. It appears that the new version will take over from the traditional Opera Mobile as the company’s flagship mobile browser, but it will still offer its bandwidth-saving Opera Mini browser for legacy smartphone users.

The app focuses on gestures to navigate between pages and to access the home screen, which resembles an iOS or Android screen with bookmarks that mimic native applications. Opera means to utilize WebKit to ensure ultimate standards compliance, and to allow HTML5-based web applications the most space to run. The company is betting on HTML5 as a cross-platform development unifier and WebKit, as we saw recently with Microsoft’s mobile IE10 woes, is the only true player in the space at the moment.

The company also stated that it may bring a Windows Phone version to market, but it first wants to evaluate whether there is enough demand for such a product.

Look for Opera Ice to debut during Mobile World Congress next month in Barcelona.