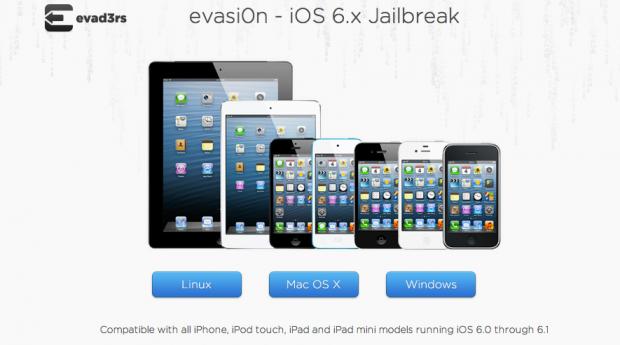 The untethered jailbreak tool evasi0n for iOS 6.x which has been downloaded by over four million users has seen a bit more news come out over the past 24 hours, led by an update designed to address a pair of bugs discovered in the initial version.

Available from the evasi0n Web site, version 1.1 fixes one problem of long reboot times for any jailbroken device, according to blog site iPodnn. It also squashes a bug that caused the default Weather app to crash.

Both fixes had been posted earlier on the Cydia app store for jailbreakers, the evasi0n team tweeted today. Users who’ve already jailbroken their devices can grab the fixes from Cydia rather than installing the new version of evasi0n from scratch. People trying out evasi0n for the first time can simply grab version 1.1 from the tool’s Web site.

Evasi0n is able to jailbreak all iOS 6 and 6.1 devices on the market, including the iPhone 5, the iPad Mini, the fourth-generation iPad, and the fifth-generation iPod Touch. The tool is considered simple to use, at least in comparison with other jailbreak methods.

If you haven’t already jailbroken but plan to do so, just make sure you download the updated version before performing the process. If you’ve already been to the evasi0n website, you may need to clear your internet cache to see the update.

Will you jailbreak your iPhone before iOS 6.1.1? Have you even updated to iOS 6? Leave your comments below!