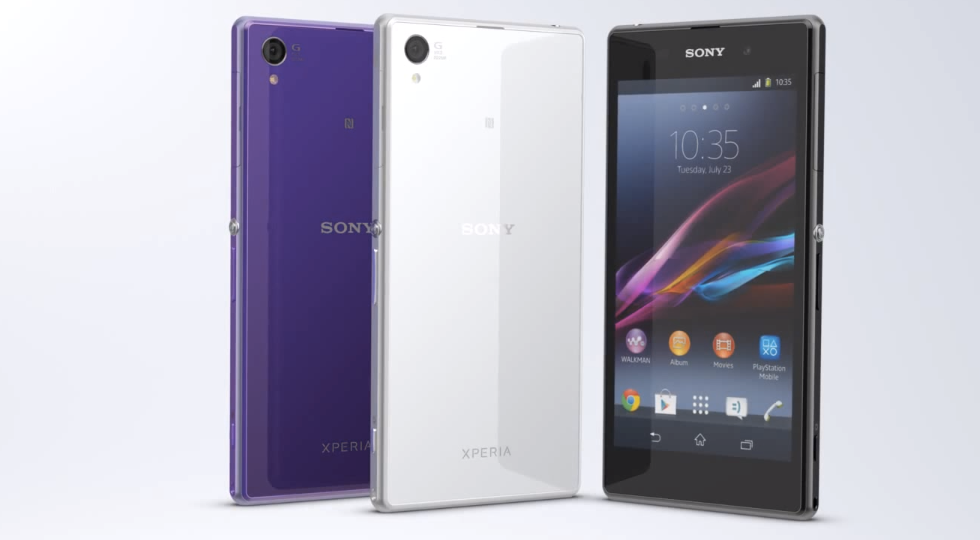 As expected, Sony has unveiled the follow-up to its Xperia Z smartphone today, the aptly-named Sony Xperia Z1. The device looks visually similar to its all-glass predecessor, but comes in a bit taller, wider, thicker and heavier. It has a unibody aluminum chassis.

The Sony Xperia Z1 will boast modern specs worthy of a flagship smartphone, including a 5-inch full HD 1080p display (441ppi) sporting Sony’s TRILUMINOS screen tech and X-Reality for mobile that debuted on the Xperia Z Ultra 6.4-inch phablet. There is a 2.2Ghz Snapdragon 800 SoC inside, along with 2GB of RAM. 16GB of storage (expandable via MicroSD) and a 3000mAh battery.

The 5-inch Sony Xperia Z1 sports a 20.7MP Exmor RS sensor with an unprecedented size of 1/2.3″, along with a G Lens from its higher-end cameras. Its F2.0 aperture and 27mm wide-angle lens means that photos should be sharper, faster and more detailed than most of its rivals, though we will wait until a review unit for a verdict on its efficacy.

There’s a new social feature, Social Live to broadcast “precious moments” directly to Facebook. The time Shift Burst takes about 61 images in two seconds, all photos that you take are stored online in a cloud based library.

Running Android 4.2.2 with Sony’s slight but pleasing customizations, the experience should be familiar to anyone running an updated Xpera device.

The Sony Xperia Z1 is also rated at IP55 and IP58 for water and dust resistance, similar to the Xperia Z and will come in black, white and purple variants.