The device is available for pre-order in the U.S. for $999.99, the Sony HMZ-T3W will allow the consumers to enjoy the display with wireless freedom. This wireless version on Sony’s website can stream content up to 7 meters away from the source, the device also plugs into smartphones and tablets via MHL or micro-HDMI. 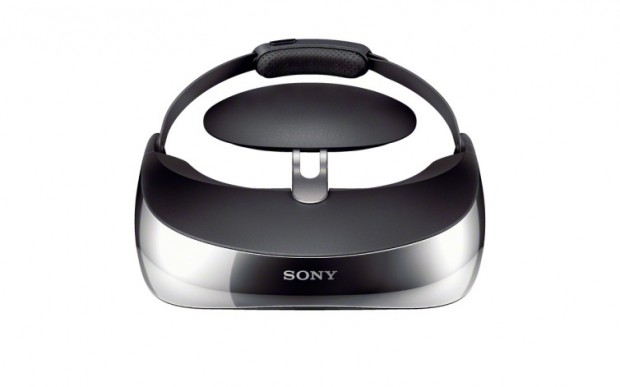 The company says the 7.1 channel virtual sound adds an extra dimension of realism to movies and games on the HMZ-T3W. The consumers will have an option of using the supplied/stock 16 mm driver in-ear phones or pair the HMZ-T3W with their own favorite headphones. Sony claims, whichever option chosen, the Virtual Surround Technology creates an 360 degree soundstage with dialogue, music and effects.

The units will start shipping next month, no information of price and availability for the Indian market is available yet.

Available for pre-sale in the U.S. now at Sony Stores and select retailers nationwide for $999, the Sony HMZ-T3W allows consumers a unique ability to sit back, relax and immerse themselves in a new world of portable entertainment with awesome, super-sized HD images and realistic sound reproduction – all with wireless freedom.

The third generation personal 3D viewer from Sony is lighter than its predecessors, easy-to-wear and loaded with simple connections for gaming consoles, PCs, home theater components, tablets and smartphones to enjoy a jaw-dropping view of movies, games and apps with a massive virtual screen size that brings a cinematic, home theater viewing experience into a portable, wearable device.

Portable
Head-mounted HMZ-T3W viewers are no longer tethered to an AC power socket. The handy, compact battery box keeps the HMZ-T3W powered for hours to enjoy videos or games on the move. Additionally, when connected via MHL, the device will also charge the battery of mobile devices like smartphones and tablets while being watched and played. In addition, the HMZ-T3W also connects via HDMI®.

Play to win
The Sony HMZ-T3W portable 3D viewer keeps serious gamers in the game with speedy responses from its twin OLED screens and no annoying on-screen image lag. A one-touch button instantly boosts contrast and enhances shape details (game-mode), allowing gamers to relish the competitive edge in dimly-lit scenes where danger’s always lurking. It’s the perfect way to enjoy favorite titles, from fast paced shoot-’em-ups to tire-burning car rallies. Plus, there is no fumbling for the right keys in mid-game – the ergonomic visor-style headset gives an unobstructed ‘look-down’ view of your PC’s keyboard and mouse while you play.

Surround Sound
Thrilling 7.1 channel virtual sound adds an extra dimension of realism to movies and games on the HMZ-T3W. Consumers can listen through either the supplied 16mm driver in-ear phones or pair the HMZ-T3W with their own favorite headphones. Whichever option chosen, Sony’s Virtual Surround Technology creates an impressive 360 degree soundstage with dialogue, music and effects placed accurately around the viewer. It’s like being in the cinema – or right in the action as the gaming battles rage around you.[/toggle]