How Do They Do It : Chinese Phone Pricing Explained

by Happy NagashettiAugust 9, 2014
20
Now Reading
How Do They Do It : Chinese Phone Pricing Explained
Browse This Page Many of you have inquired as to how the Chinese smartphone manufacturers are capable of bringing high speced devices that are priced so low. Here we attempt to explain how the likes of Xiaomi and others go about their business of creating havoc in the mobile markets everywhere. It is estimated that companies like Xiaomi are selling their phones at a loss of Rs. 1000 so that they can create a market buzz around their products. Xiaomi is bringing in just about a 1,00,000 units of their phones to India and have been selling them out in periodic flash sales. By bringing in a limited number of device the company start a stampede and this causes other competitors to reduce their prices, something we saw Motorola do when they slashed Moto G’s price by Rs. 2000. By using this strategy, Xiaomi, with its limited marketing budget has made its name shine out in the market.

However there is a downside to this marketing technique. The flash sales are now confusing and sometimes irritating the potential consumers who want the phone but cannot buy them. It has started to create a negative perception amongst such consumers. They are now seeking alternatives to the phone. 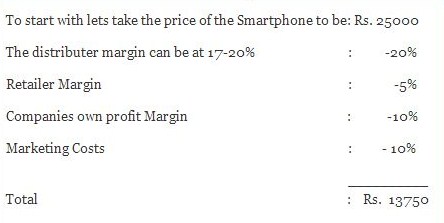 Now here is where the internet marketing convenience adds in. Basically, by just using an online sales channel, a strategy devised by companies like Motorola, the companies get to save massive amounts in distribution, marketing, dealership and other costs. And hence these high speced products reach the consumers in what can be called shockingly low prices, well its shocking for big brands at least.

It is also speculated that another Chinese smartphone manufacturer, One Plus, intends to try its luck in the Indian market. Their phone, the One Plus One is a high speced powerhouse which comes at mid segment prices. They too have limited stocks and might take the Xiaomi approach. But if these companies plan to stay in the Indian market for the long run, they need to come with stocks in accordance with the demand in the market. Or else they will just act as an inspiration to companies with already big reach to bring similar products and in turn, take away these companies potential customers.

Happy Nagashetti
iGyaan Network's newbie Happy is a Technological Hedonist, Traveller, Photographer, Curious Humanoid and a giant foodie who is always pumped up for new adventures.
You Might Also Like
BusinessEditorialLatestVideos
Read More