LG has announced two new affordable smartphones – the L Fino and L Bello in its L Series. According to LG, the devices are aimed at the first-time smartphone users in emerging 3G markets.

The South Korean giant also announced that the new L series handsets will be showcased at the IFA 2014 show in Berlin in early September. LG says the new phones will start rolling out in Latin America, followed by Europe, Asia, and CIS markets. At the moment, India-specific pricing and availability is unknown. 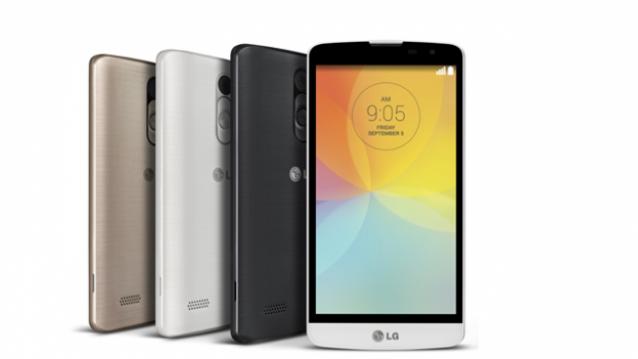 LG’s L Bello is more powerful of the two, featuring a 5-inch FWVGA (480×854 pixels) IPS display and a 1.3GHz quad-core processor. It too gets 1GB of RAM and 8GB of inbuilt storage. There’re an 8-megapixel autofocus rear camera and a 1-megapixel front shooter. The 2540mAh battery sounds superb given the non-demanding hardware.

LG L Fino comes with a 4.5-inch WVGA (480×800 pixels) IPS display offering a decent 207 PPI pixel density. That puts it behind much of the competition such as the Moto G and Asus Zenfone 5, but it does have a 1.2GHz quad-core processor, 1GB of RAM. Internally, there’s 4GB of storage, and a microSD card slot is present as well. There’s an 8-megapixel rear camera, a 0.3-megapixel front camera and a 1900mAh battery, which sounds decent given the other specs. Both the Bello and Fino have G3-like buttons on the back and feature a button-less design on the front. On the launch Dr. Jong-seok Park, President and CEO, LG Electronics Mobile Communications Company, said,”With their competitive specs and accessible pricing, we have high hopes for the L Fino and L Bello to continue our successful expansion into emerging markets. Our newest L Series smartphones represent the best of LG in design, hardware and UX as well as our commitment to bringing best smartphone experience to 3G customers as many as possible.”

Parul Ritvik Sood
iGyaan Network's newbie, Parul is a Writer, Poet, Reader and Mass Communication Graduate with great interest in startups and entrepreneurship.
You Might Also Like
AndroidGadgetLatestLG
Read More