Apple’s September 9th event is few hours away and rumors are still flying high. A latest leak on Reddit supposedly depicts the specs and diagrams of Apple iWatch. While plenty of images purporting to be the new iPhone 6 have made it to the internet, Apple has managed to keep the iWatch under wraps – until now.

The images, posted on Reddit, allegedly show CAD design drawings of the iWatch chassis and components, including a mic and speaker. Descriptions accompanying the images claim that the iWatch will feature a multi-touch, flexible screen that will “add a new dimension to the UI.”

The Reddit user who posted the images, called OwenCarlyle, says the watch will also support Siri, Apple’s voice command system. The Reddit user also claimed that the iWatch will last for more than a day on a single charge, will be waterproof to 60m and won’t have any external connection points which could line up with past reports of the smartwatch features wireless charging. The leaker also claims that the device will go into mass production sometime this January while describing the wearable computer as “the most complex and expensive product to manufacture to date.” Purported schematics are labeled as coming from Quanta, which has been reported to be Apple’s manufacturing partner for the device. 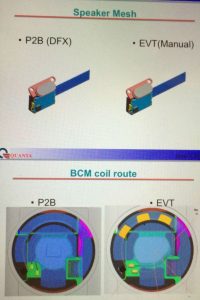 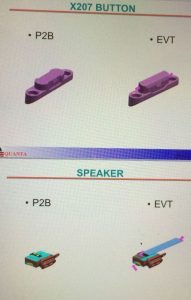 Other images show renders of various components of the devices, such as the microphone and speaker, although one blurry photo purports to show the iWatch housing, which is rectangular in shape. Apple is widely expected to unveil a wearable device alongside new iPhones on today. The event is due to start at 10:30 IST.

Parul Ritvik Sood
iGyaan Network's newbie, Parul is a Writer, Poet, Reader and Mass Communication Graduate with great interest in startups and entrepreneurship.
You Might Also Like
AppleDesignLatestWearables
Read More