iPhone 6 Plus vs Note 4: Which Giant is Right for You?

by Happy NagashettiOctober 15, 2014
1
Now Reading
iPhone 6 Plus vs Note 4: Which Giant is Right for You?
Browse This Page The cards have been dealt, and now the markets all around the world are ready to choose between the latest offerings from the two giants of the smartphone business. Apple and Samsung will be taking on each other with their flagship offerings. Samsung’s behemoth will take on the first big screen outing from Apple’s stable. Flagship battle doesn’t get bigger than this. So without wasting a beat, let’s get into it.

The Galaxy Note 4 takes on the usual Samsung design patterns but with edgy design features. The phone gets a metal frame to strengthen the device. The massive display has always been the Note series’ USP. But this time they take it much further by introducing the 5.7 inch Quad HD Display with a pixel density of 515 ppi. This display is stunning, and high-quality content on it looks mesmerising. Note’s unique feature, the S-pen also gets some considerable improvement over its predecessors. Apple’s iPhone 6, on the other hand, comes with a 5.5 inch 1080p HD display with a pixel density of 401 ppi. The phone has an Aluminum body which was recently in the news for its bending issue.

The innards on the Note 4 are top of the charts. The phone is powered by a Quad-core 2.7 GHz Snapdragon 805 processor. It comes with 3 GB of RAM. The internal storage on the device is 32 GB and has options for expandable storage up to 128 GB. Along with the massive QHD display, the Note 4 is a mobile multimedia powerhouse.

The bigger iPhone comes with a new generation Apple A8 processor clocked at 1.4 GHz along with 1 GB. But we found that even with the seemingly low specifications the phone brings out a smooth and zippy performance. The phones come in three storage options of 16/64/128 GB.

The Galaxy Note 4 sports a 16 MP camera on the front with Optical Image Stabilization (OIS). On the other hand, the iPhone 6 Plus gets OIS too on its 8 MP camera. This device will be loved by selfie enthusiasts. Not only does it give a 90-degree selfie, but using its wide selfie feature you can get an even wider 120-degree selfie which is great for a “Groupfie/Weefie”. 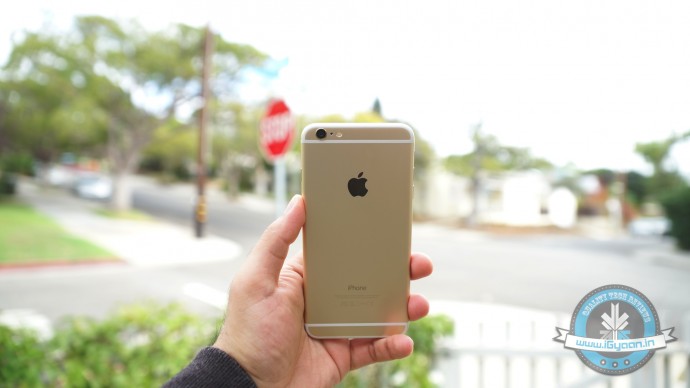 The camera on the iPhone 6 Plus offers amazing shooting features like Time-lapse and slow motion capture.

iPhone’s features such as time-lapse shooting, Slow motion capture and superior burst mode give it an edge over Note 4’s bigger sensor. Using the multiple features you can almost shoot a professional looking film using the device’s camera.

Both companies have put focus on making these devices with mammoth screens to give more efficient battery backup. Note 4 sports a 3220 mAh battery which tries to quell the hunger of the massive QHD display. Samsung has also added some internal tweaks to make the phone more juice efficient. 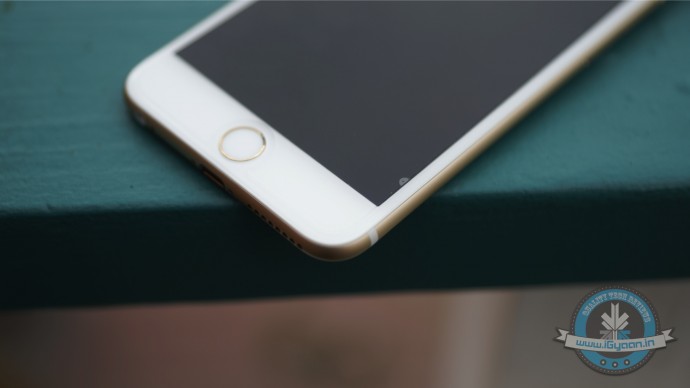 Both phones deliver a good battery backup even with their massive displays.

Samsung’s unique Ultra Power Saving mode is a standout feature for the phone. Using the feature you can use limited features on the phone and extend the life of the phone to multiple days.

The iPhone 6 Plus comes with a slightly smaller 2915 mAh battery. The phone churns out a good battery backup over the previous outings. It provides a talk time of 6+ hours on LTE networks and 7+ hours on 3G networks, with a switch to 2G we saw upwards of 8 hours. The display consumes the maximum juice on this phone.

Note 4 will come to the market at a price of Rs. 61,500 which like in the past may go down even further in a few weeks.

The iPhone 6 Plus doesn’t come cheap.  The base 16 GB variant will start at Rs. 62,500 which considering the lack of expandable storage is a rough deal. If you are a multimedia enthusiast, the 64 GB and 128 GB variants are quite a hefty buy.

The S-pen, of course, is the feature that sets the Note as a different smartphone species. Samsung has upgraded the feature of the pen with this outing. With better touch sensitivity and handwriting recognition, the pen will become more of a handy utility than just a gimmick. With options of using calligraphy pens, it brings a more native writing experience. Note 4 Stylus come with improved upgrades making it more efficient to use for everyday use.

Apple though is flaunting its new Apple Pay feature which works using an NFC radio and the Touch ID Sensor on the phone. The single hand mode will also make a lot easier to use the phone and will free the other hand for your tasks.  The landscape options also offer good multitasking options. The system will take some time to come to India but till then you can us the sweet camera on the device to make some great feature style home videos with cool time-lapse and slow motion.

The Diwali season will see and enthusiastic rivalry between the two tech giants. Samsung will leave no stone unturned to reach out to new consumers; Apple will have to match up to Samsung’s marketing if it wants to entice the Indian market during the peak spending period in the country. Both phones offer some unique features which cannot be compared but they seem like winners in each of their segments. Now its all up to the market to decide the real winner because only the market has the right to choose that. In the words of the Grail Knight from Indiana Jones and the Last Crusade; Choose Wisely.

Happy Nagashetti
iGyaan Network's newbie Happy is a Technological Hedonist, Traveller, Photographer, Curious Humanoid and a giant foodie who is always pumped up for new adventures.
You Might Also Like
AppleLatestSamsung
Read More