Apple is About to Add Some Beats to its iOS Devices

by Happy NagashettiNovember 20, 2014
1
Now Reading
Apple is About to Add Some Beats to its iOS Devices
Browse This Page 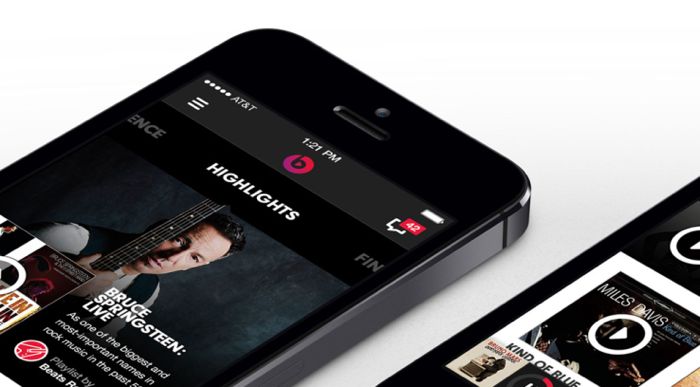 Apple’s acquisition was a big news for the music industry. This multi-billion dollar deal gave Hip-Hop its first billionaire in Dr. Dre. There were no clear directions though as to what the company was planning to do with the popular audio equipment brand. Looks like the first step in the Apple-Beats saga is about to unveil itself. Financial Times reports that the Cupertino-based tech giant will be integrating Beats Music app on all the iPhone and iPads.

Beats Music is a subscription-based music service that uses algorithms to curate music according to your interests. Beats also has tie-ups with some of the major labels in the music industry and thus, has a huge library of songs that you can listen. The songs are downloadable, so you can listen to the tunes when you are not online. The service will be a part of the default offerings of Apple such as iMovie, Garageband amongst others.

By forcing the Beats Music on its customers, Apple will be benefitting a lot. The company already has iTunes that let you buy music, but with this music streaming service, the company can take on market leaders like Spotify. Be ready for some Apple power, dear music industry.