What to Expect From the Mobile World Congress 2015

by Parul Ritvik SoodJanuary 25, 2015
1
Now Reading
What to Expect From the Mobile World Congress 2015
Browse This Page Mobile World Congress (MWC) kicks off on March 2nd in Barcelona. One of the most important events of the tech industry, the event is the biggest mobile phone exhibition on the calendar. There is no doubt that some of the biggest manufacturers will choose to announce new devices the event this year.

MWC 2015 is expected to be every bit as big and there are already rumblings of what might be shown. So, what does MWC 2015 have in store for us? Here’s the round up of the rumours.

It is loud and clear that the Taiwanese smartphone manufacturer will be unveiling ‘what’s next’ for the company. The event invite shows a bright star in the background with the tagline “Utopia in Progress”. HTC is the first amongst major Android phone makers to set a date and time for its next big launch.

There has been various leaks surrounding the company’s new flagship HTC One M9. The expected HTC One M9, which is also referred to as ‘Hima’ is said to feature  a 1440X2560 QHD screen, 3GB of RAM and an Octa-core Snapdragon 810 CPU. A recent leak also suggested that HTC might launch two variants of its flagship. Second one, according to the reports is HTC One M9 Plus. Last year, Samsung announced the Samsung Galaxy S5, on the first day of MWC 2014. We’re expecting to hear about the follow-up at MWC 2015 which is likely to be called the Samsung Galaxy S6. Rumours surrounding the new Samsung flagship has been making rounds of the internet for several months now. It is reported that Galaxy S6 is codenamed Project Zero, signifying the development of the device from scratch — putting a lot of thought into its design and materials.

A recent report from Bloomberg suggested that electronic giant, Samsung, will not use Qualcomm processors for the next version of the South Korean technology giant’s flagship Galaxy S smartphone. The report added that the South Korean company will use its own microprocessors in the upcoming flagship. 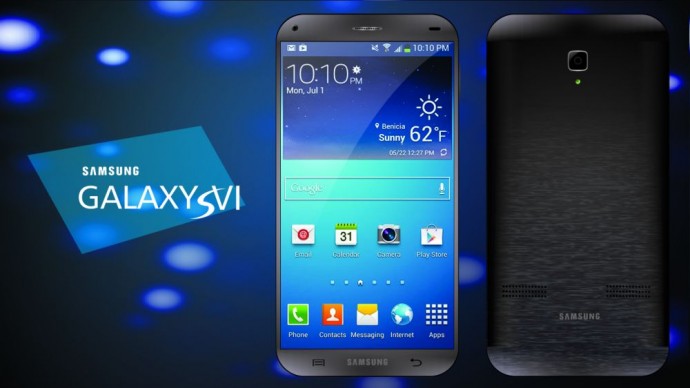 Another Smartwatch by Samsung?

Samsung is also rumored to be working on a circular smartwatch which is codenamed as Orbis. Recently, there has been leaks which have hinted that Samsung is working on a smartwatch with a rotating bezel ring on the top of the watch.

The functionality of the bezel ring is not clear. Like Apple’s digital crown, features like zooming in and out of pictures and scrolling through lists could be achieved by rotating the ring; it could also allow for functions like selecting the time when setting an alarm.

LG enjoyed great success in 2014 with the LG G3. So how do you follow up on the best smartphone of 2014? That’s what LG’s showcase at the MWC 2015 will answer for us, hopefully. The LG G3 is undoubtedly  a truly brilliant phone, offering a perfect mixture of usability and cutting edge features, including the first major example of the kind of QHD display that every phone will be sporting in 2015. But there are also rumours that LG will keep up the good work on the look and feel of its flagships, with thinner-than-ever bezels compensating for its larger-than-average screen.

Like Samsung and HTC above, MWC 2015 could also see LG announcing a new smartwatch. The key point of interest here is the suggestion that LG’s new watch (dubbed by some as the LG G Watch R2) could come with 4G connectivity. The Sony Xperia Z2 launched at MWC 2014 so we’re expecting the Sony Xperia Z4 to launch this year. Sony did a great job with the rightly-priced Xperia Z3 and Xperia Z3 Compact. However, recent chatters in the industry has hinted that the company may let the Xperia brand meet the same fate as Vaio.

Anyway, according to the rumors, QHD display and Snapdragon 810 is in the check list for the latest flagship. Also, the smartphone is expected to come with familiar 20.7-megapixel camera. It is also said that we can expect the compact version of Z4.