Best of MWC 2015 : The Gadgets to Get Excited About

by Abhinav MishraMarch 5, 2015
0
Now Reading
Best of MWC 2015 : The Gadgets to Get Excited About
Browse This Page This year’s MWC in Barcelona was no different, we saw a slew of innovative devices – from curved to waterproof smartphones to super-thin tablets and trendy smartwatches. With the Mobile World Congress in Barcelona coming to a close, we have handpicked some of the best moments from this year’s edition.

Here’s our pick of some the best products showcased at this year’s MWC.

As expected, Samsung announced two versions of the flagship – one with the standard screen while the other one is a curved display. Samsung has certainly improved upon certain aspects of its current flagship. Despite having a non removable battery, the design is certainly a notch up compared to its boring bland predecessor. And how can we miss out on the S6’s curved sibling, the S6 Edge is one weird looking thing you might actually want. Do check out our exclusive hands on with the S6 and S6 Edge here.

The latest flagship from the Taiwanese manufacturer gets an all new classy outer shell. A slightly beefier 64 Bit Qualcomm Snapdragon 810 runs this handset along with 3 GB of RAM and 32 GB of storage. Some would argue HTC has brought the same design aesthetics with its latest flagship, we quite like the device. Everything runs on a highly optimized 2800 mAh battery, bundled with Android Lollipop 5.0.2 out of the box and HTC’s new Sense 7 promises a major improvement in the battery life, and out of experience there is a big difference. The quick charge also improves the charge times and you will be on the go in just a few.

Check out our exclusive hands on with HTC’s latest flagship here.

Sony pretty much surprised all of us by not launching a successor to the Xperia Z3. Though they did announce a super sleek Xperia Z4 tablet along with a IP68 certified Xperia M4 Aqua smartphone.

The Xperia Z4 tablet is about as slim a tablet can get, with thickness at a mere 6.1 mm and weighing a meager 393g. The device will work with PlayStation 4 Remote Play, allowing users to stream the games straight on the console. The tablet will launch in two variants – LTE and Wi-Fi-only. Here’s our exclusive hands on with the Xperia z4.

Meanwhile, the M4 Aqua, as the name signifies is a IP68 certified water proof device, which prevents it from any damage until 1.5m underwater for up to 30 minutes. It’s got everything you would ask of a mid range smartphone. We were left quite impressed with device during our initial hands-on. It seems we finally have a headset that really matters. HTC and gaming giant Valve tag team to bring out their own Occulus competitor – the HTC Vive. Everyone’s going bonkers over its dual 1200x1080p resolution display experience, which according to iGyaan’s Editor-in-Chief isn’t easy to describe.

HTC has collaborated with many game developers such as Vertigo Games, Wemo Labs, Google, Owlchemy and others to generate content for the HTC Vive. The headset is slated for a launch this year, it seems the VR war gets more intense by the day.

Do check out our exclusive heads on with the HTC Vive. Microsoft has been coming up with some great accessories recently, and the Redmond giant yet again showcased a nifty little folding keyboard for iOS and Android. A great alternative for those constantly on the move, it certainly redefines the whole concept of a portable keyboard. 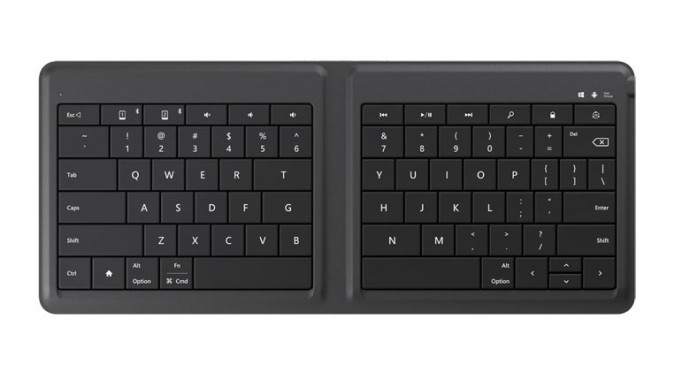 Huawei announced its Talkband B2, an enigma of sorts as it acts as a fitness band, an earpiece, all merged into one. It can make calls when paired with an Android device or an iPhone, act as a fitness tracker, but what is really amazing is the fact that it can transform into an earpiece. Sandisk announced a massive 200GB microSD Card at MWC 2015, claimed to be the largest commercially available microSD card. The card will sell for about $400 when it arrives in Q2 of this year, and your phone should be compatible with SDXC standard to make the card work. It is claimed to have transfer speeds of about 90MB per second, or approx. 1,200 photos per minute. Abhinav Mishra
iGyaan Network's Newbie, Abhinav Loves Gaming, Cars and Technology, You can Find Him on PSN Bragging About his FIFA Skills.
You Might Also Like
LatestTech
Read More