Apple Outs its Lightest, Thinnest Notebook Ever; Meet the ‘MacBook’ 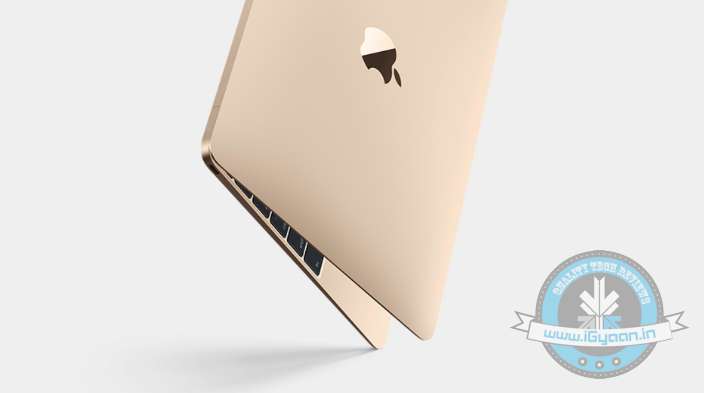 Apple’s Spring Forward event, recently dubbed as the ‘Apple Event’, will soon be renamed the ‘MacBook Event.’ We were looking forward to a slew of major announcements about the Apple Watch, but instead we were introduced to the new MacBook. Yes, that’s the name. It has been simply named ‘MacBook.’

The new notebook, weighs a mere 2 pounds (lightest ever.) It comes with the beautiful retina with edge-to-edge glass covered 12-inch display with a 2304 x 1440 resolution.  It’s as thin as 13.1mm thin, compared to 17.3mm of the MacBook Air. It’s 24 percent thinner than the Air, the company mentioned at the event.

The new MacBook has an all-new, full-size keyboard that’s been reengineered from the ground up. One of the most interesting aspects about the newly unveiled device is the fact that it comes with a Force Touch trackpad. Force Touch was introduced with the Apple Watch, it is the mechanism which senses pressure. The Force Touch trackpad has force sensors that detect how much pressure you apply on its surface. So basically, it can tell the difference between a light tap and a deep press. The keyboard comes with a brand new backlighting system, with every key having its own LED light. It helps the entire keyboard get a uniform glow. Not only does this save space, but it also allows the new MacBook to run in silence. The company claims to have added a new, custom-shaped battery maximizes every millimeter of space, helping the MacBook achieve an all-day battery life.

Another first from the company, it has used USB-C a third the size of a standard USB cable (more on that later.) The Macbook comes in two variants, 256GB (1.2GHz Intel Core M) priced at $1299 and the second configuration for $1599 features the 12-inch Retina display, 1.2GHz Intel Core M, Intel HD Graphics 5300, 8GB memory, and 512GB of flash storage.