Apple’s has finally brought its long awaited Watch to the market, and there have been mixed responses to the new offering.  Now the co-inventor of the Swatch watches says that the new device from Apple can cause serious troubles for Switzerland’s famed watch industry.

Swatch co-inventor Elmar Mock has said that the Apple Watch might put a lot of pressure on traditional watchmakers in Switzerland, and he anticipates an ice age for the industry soon. He said that anything in the range of $500-1000 should be a cause of concern for the industry.

Wristwatches are one of the many prominent offerings from Switzerland along with cheese, chocolate and, of course, the banking system for stashing huge funds. The watch making industry employs tens of thousands of workers and the smartwatch craze might affect their livelihood.

Mr. Mock said that the Swiss watch industry hasn’t been innovating enough to keep up with the new challenges from the tech industry. He cited the quartz crisis of 1970’s and 80’s when cheap watch offerings from Japan took over large market shares from Swiss watchmakers. He said that the Swiss industry has the technology to deliver competent product in the age of smartwatches, and they should take proactive efforts to tackle the assault from the tech industry. Elmar Mock warned that if corrective actions weren’t taken, the watch industry might face severe troubles in two to three years. 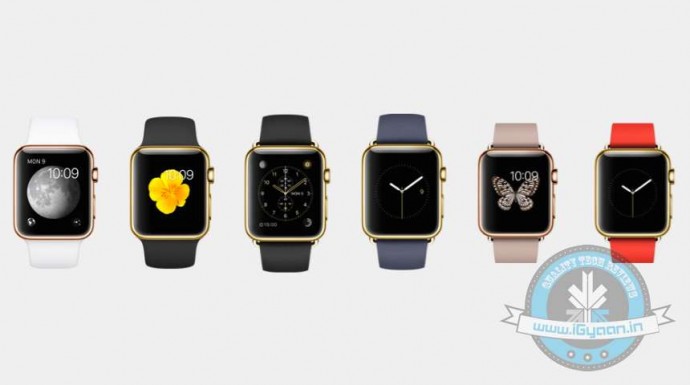 Smartwatches as a segment has a long way to go, and the most glaring deficiency of these devices is the battery life that mostly tends to last a day or two. It adds on as an extra device that regularly demands its moment on the charging plug while a regular watch runs for months or even years on a single battery. This is one of the major causes that discourages folks from buying these new devices. So the watchmakers should anticipate a comfortable run till the time the tech companies figure out the battery side of things.

Happy Nagashetti
iGyaan Network's newbie Happy is a Technological Hedonist, Traveller, Photographer, Curious Humanoid and a giant foodie who is always pumped up for new adventures.
You Might Also Like
AppleLatestWearables
Read More