Finally, LG has released its long awaited flagship today at an unveiling event held in New York and London simultaneously. Here, we will have a look at the major differences between the LG G3, which was released last year in May, and the G4. Comparing notes to answer ‘What is the real difference?’

From the specs point of view, the 5.5-inch QHD resolution G4 is packed with a Qualcomm Snapdragon 808 processor with 3GB RAM. It has 32GB of internal storage that is expandable up to 128GB.  It has a 13MP camera along with f/1.8 aperture, color spectrum and optical image stabilization. The 8MP front camera also has a f/1.8 aperture. Connectivity options include LTE-Advanced support, 802.11 a/b/g/n/ac Wi-Fi, Bluetooth 4.1 and NFC. 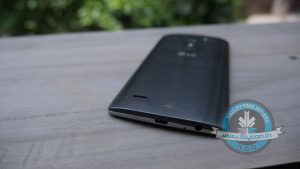 Let us compare the newly-launched device with its predecessor below:

From the table above, we can see that there is not much difference between the two handsets. The G4 is primarily taken the lead on the camera specifications, especially the front camera. The G4 has won the race by featuring an 8MP front camera as compared to G3’s 2.1MP front shooter. The screen size remains the same, except that the G4 packs a higher resolution than the G3. The only spec where the G3 is above is in the battery department. But then, how much difference can 100mAh make? The display, camera and the processor specifications may make the LG G4 a good choice over the LG G3.

The pricing of the G4 has not been revealed yet, and it will be available in the Korean market from tomorrow. Details of its availability outside have not been disclosed. Keep checking iGyaan for new updates.