by Bharat NagpalSeptember 10, 2015
19
Now Reading
Here’s What’s New on the Apple iPhone 6s and 6s Plus
Browse This Page Apple like clockwork at an event today launched their revisions to the iPhone 6 and iPhone 6 Plus. Named appropriately, and in Apple’s yearly naming system, the iPhone 6s and iPhone 6s Plus. Apple claims that they have changed everything inside the iPhones. But what all has really changed?

A lot has also changed in the construction of these iDevices. New Apple made series 7000 Aluminium along with extra reinforcement ensures that “bendgate” doesn’t happen this year.

There is also an all new glass layer that Apple claims is tougher than any glass on the market, pointing at Gorilla Glass 4. The new iPhones come with a 64 Bit A9 chip with a new M9 co-processor that improves performance and graphic capabilities vs iPhone 6 and 6 Plus that came with A8 chip with M8 Co-processor. The M9 co-processor is now always ‘on’, detecting your movement, vs the M8 which was activated on movement.

The displays remain the same with the same size and same resolution, however the addition of 3D touch will improve user experience considerably.

New camera’s will include a 12 MP main camera on both iPhones. Again, like last year only the iPhone 6s Plus gets optical image stabalization. Both iPhones with the newer camera now have the capability of shooting 4k Video and a new “Live Photos” feature that allows you to capture photo moments.

The front camera on the new iPhone 6s and 6s Plus also gets a much needed bump to 5 MP from a paltry 1.2 MP last year, along with an interesting new selfie flash feature which will make the display turn into a true tone flash with 3 times the brightness. The new iPhones will also support more LTE bands vs last year. Unlocked iPhones will support 23 LTE bands including TD and FD-LTE. The new iPhone 6s and 6s Plus will include VoLTE (Voice over LTE) for better communication capabilities in areas supporting the VoLTE functions. 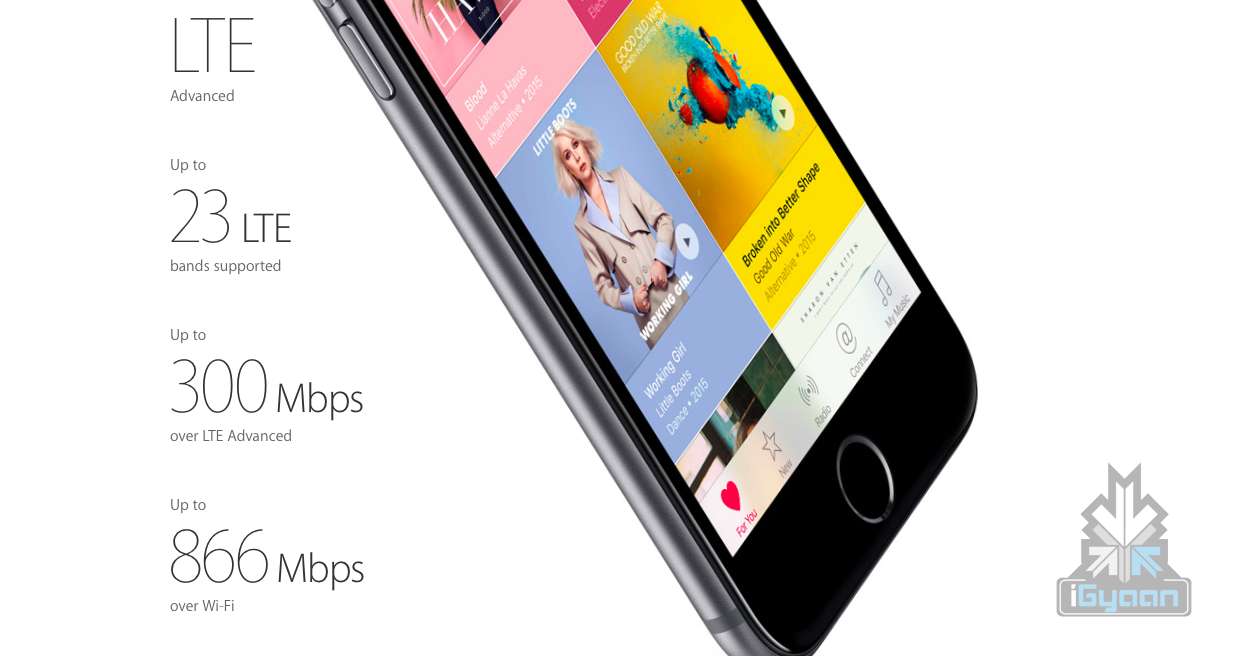 Apart from running iOS 9, thanks to the addition of the new hardware the software will work slightly differently. The new iPhone 6s and 6s Plus feature a new 3D Touch display powered by a Taptic engine. A physical piece of hardware which monitors the input and pressure of a users finger and allows the operating system to respond accordingly. This will save up time allowing you to decide what part of the app you need to access prior to launching the app. Just like a secondary click it allows for more interaction in gaming and in productivity apps as demonstrated by Apple at their event.

The new photos app will allow for live photos that are captured by the iPhone, vs static photos seen up until now. The images will capture a few seconds of cache video allowing you to replay the moment as it occurred. HTC introduced a similar feature on the original HTC One M7 a few years back , however it required you to be in a specific mode with specific features turned on prior to capture. Apple includes this as standard for each photograph, without compromising on speed of capturing a picture. Thanks to the new hardware you can now call up Siri using “Hey Siri” even when the iPhone is not connected to the charger.

The new iPhone 6s and 6s Plus cost the same as last year on contract in the US. However their unlocked phone pricing is the same as well.