If you’re looking for a phone priced between 30-40K, here are our recommendations. Let us know about your favourite smartphones in this price bracket in the comments below.

HTC One M9 Plus The HTC One M9 Plus packs a 20 MP primary camera with sapphire cover lens, auto focus, BSI sensor and ultrapixel front facing camera. It has a 5.2-inch (13.2 centimeters) display with 1440 x 2560 pixels resolution. The phone is powered by 2.2GHz octa-core processor, 3GB RAM, 32GB internal memory expandable up to 2 TB, and it supports only a single SIM. The battery is marked at 2840 mAh. Galaxy Note 4 comes with a 5.7 inch QHD display and a 3,220 mAh battery with fast charging technology. It is powered by Snapdragon 805 chipset which is clocked at 2.7 gHz quadcore, coupled with 3GB RAM. It offers 32GB internal memory with support for expandable memory of upto 64 GB. Note 4 packs a 16 MP rear camera with OIS, along with a 3.7 MP front snapper allowing users to take wide-angle selfies. Samsung also added a fingerprint scanner feature along with a heart rate monitor on the back of the device. You can find our hands on of the Galaxy Note 4 here. The 6P features a 5.7-inch QHD touchscreen, Qualcomm’s Snapdragon 810 chipset, with 3 GB RAM, a 3450 mAh battery and a USB Type-C port. The camera sports a 12.3 MP sensor with laser autofocus, dual-LED flash at the rear and a rather impressive 8MP on the front. This pure Android phone runs on the latest Marshmallow operating system. One of the main highlights of the Nexus 6P is the Nexus Imprint. The fingerprint sensor on the back is fast and fluid in accessibility, which according to Google only “gets better over time” as it learns more about your unique fingerprint. Click here for a detailed hands on of the device. 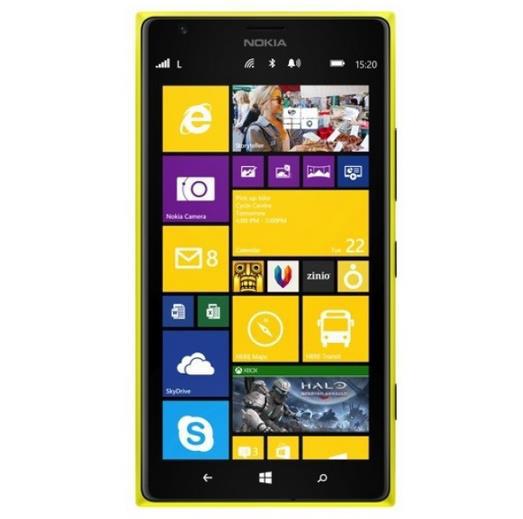 Even though Nokia Lumia 1520 was launched as early as 2013, this list wouldn’t be complete without it.The device features a 6-inch Full HD with 1080p display resolution. The device is powered by a Snapdragon 800 processor, sports a 20 MP PureView camera and has an inbuilt storage of 32 GB expandable upto 64 GB. Nokia has included a big 3400 mAh battery, the device is packed with a 2 GB of RAM. The polycarbonate build supports wireless charging. The price of the phone has now dropped to 39K after the initial price tag of about 47K during the time of its release. The LG G4 is an iconic design from LG, while many companies have attempted to make leather looking handsets (Note 3 and Galaxy S5), LG actually made a smartphone with a genuine leather back panel. The phone packs a 5.5-inch Quad HD LCD with 2560 x 1440 PX resolution. It is powered by Qualcomm Snapdragon 808 with 1.8 GHz hexa-core processor. The LG G4 also has dual sim (certain regions) and a removable and replaceable battery marked at 3,000 mAh, along with micro-SD expansion all of which is lacking in the Galaxy S6 and S6 Edge. Find the complete review of the smartphone here. The S6 is equipped with 64-bit Exynos octa-core, a premium metal and glass based design. Additionally, the S6 has the most pixel intensive Quad HD display with 577 ppi for a unique, eye-popping multimedia experience, along with wireless charging and ultra power saving mode for improved convenience. For the complete specs and a hands on of the device, click here. The iPhone 6 is available at an all time low of Rs. 41,000, falling pretty much in the 30-40K price bracket. The phone is a good buy at this price -it offers almost all features of the iPhone 6s (except for Force Touch) minus the hefty price tag. If there was ever a right time to buy an iPhone in India, it is now. iPhone 6 has a 4.7 inch display with a resolution of 1334 by 750 with 326 ppi, and is equipped with an 8 MP iSight camera. Find here the complete review of the iPhone 6.