When it comes to buying a new smartphone, there are certain key features one always looks for. With technology evolving as fast as it does, smartphones need to adapt to the change or risk getting shunned into the background. Fingerprint scanners is one of the more recent features that has become a necessity when pondering over the next smartphone. So here’s a list of some of the best smartphones out there that come with a fingerprint scanner. 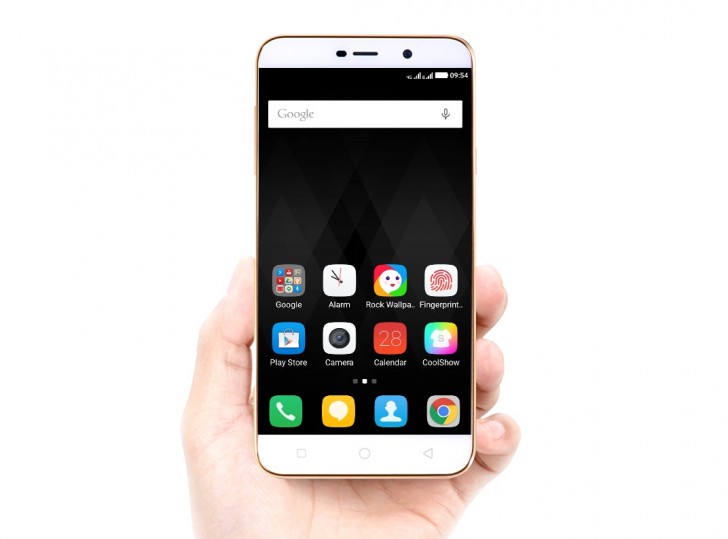 There’s only one device currently that can brag about being the cheapest smartphone with a fingerprint scanner, and that’s the Cooldpad Note 3 Lite which comes priced at Rs 6, 999. The display on the phone is a 5-inch 720p HD, 320ppi IPS panel. It is run by a 64-bit 1GHz Quad-Core Mediatek MT6735 processor with 3GB Ram, and 16 GB internal storage with MicroSd card support.

It is run by a 64-bit 1GHz Quad-Core Mediatek MT6735 processor with 3GB Ram, and 16 GB internal storage with MicroSd card support. Camera on the back is a 13-MP shooter, and at the front it boasts of a 5MP camera which clicks nice selfies.  The fingerprint scanner on the phone is a square shaped sensor situated at the back of the phone. The device goes on sale on 4th of February. Registrations are open on Amazon India. LeEco launched the Le 1s recently along with the Le Max. The Le 1s sports a 5.5-inch Full HD display and is powered by a MediaTek’s Helio X10 processor. It features a 13MP rear camera and a 5MP front camera. The smartphone will run on Android 5.1 with custom EUI on top. It is a Dual-SIM device with an AnTuTu score of 55844, beating HTC One M9.

It has a type-C USB port which ensures 3.5 hours of usage in 5 minutes of charging, along with a double chamber, symmetrical design, and super-slim, full-metal body with 7.5 mm of thickness. The fingerprint scanner of the device called LeTouch, is mirror-surfaced with 99.3% accuracy and .15 seconds flash recognization. Le 1s is available for Rs 10,999. The phone has a fingerprint scanner at the back just below the camera module and dual-front speakers with Dolby Atmos audio. The device is dual-SIM, has 4G LTE support and has a 5.5-inch display. On the camera front, it packs a 13 MP main camera and a 5 front camera.

The phone is run by a 1.3 Ghz Octa-Core MediaTek MT6753 processor with Mali-T720MP3 GPU, and comes with 3GB of DDR3 RAM. Storage options on the phone include a single variant of 16GB internal memory which can be expanded to 128GB using a MicroSD card. The device goes on sale on the 3rd of February and is priced at Rs 11,998 In terms of design, the Honor 5X sports an aircraft-grade metal unibody construction with a fingerprint scanner at the back that can also be used to take photos. The device gives a premium look for a budget-friendly smartphone, keeping it on par with the Le 1s that was launched last week. These devices show us that budget phones are turning out to be the new premium. The device is priced at Rs 12,999 on Amazon India. The Vibe P1 features a 5.5-inch full-HD (1080×1920 pixels) IPS display with Corning Gorilla Glass 3. It is powered by a Snapdragon 615 octa-core processor clocked at 1.5GHz with Adreno 405 GPU; 2GB of RAM and 32GB storage with expandable storage via microSD card. The device features a 13-megapixel rear camera and a 5-megapixel front; dual-SIM with dual 4G LTE support.The Vibe P1 is also equipped with a nice Home Key that houses a fingerprint scanner within it.

Lenovo Vibe P1 comes with a price tag of Rs 15, 999 and is available on Flipkart. The Qiku Q Terra a massive phone with a 6 inch FHD display with 1080 X 1920 pixel resolution. It is powered by the Qualcomm Snapdragon 808 64-bit processor and comes with a 3GB RAM. Along with this, it also has a 16GB of internal storage capacity that is expandable up to 128GB.

What sets the Q Terra apart from the other handsets in the list is that it uses a DuoScopic Camera System that integrates two 13MP Sony back cameras – a IMX278 color sensor along with a B/W IMX214 sensor. Adding to this, the phone also offers an 8MP front camera with f/2.4 aperture.

Qiku has chosen to place the fingerprint scanner at the rear panel of the phone, just below the camera module. The device falls just below the Rs 20,000 mark. It is further packed with a 2 GB RAM, Qualcomm Snapdragon 808 chipset and OS Android Marshmallow 6.0. On the camera front, the device comes equipped with a 12.3 MP rear camera and a 5 MP selfie camera. The smartphone is capable of capturing 4K and slow-motion videos, making this phone the most advanced multimedia Nexus device to date.

The fingerprint scanner on the Nexus 5X is at the back conveniently resting just below the rear camera on the phone. The device is priced around Rs 21,000 for the 16GB variant on Flipkart and Amazon. 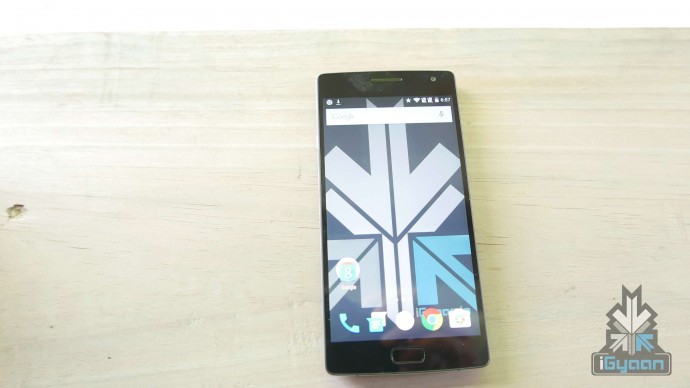 This beast of a phone comes in with a 5.5-inch 1080p display, and, as of 29th of January, is available in two storage variants, 16GB and 64GB. The latter will be equipped with 4GB RAM, while the former comes in with 3GB RAM on board. It is powered by a 64-bit octa-core Snapdragon 810 v2.1 SoC clocked at 1.8GHz and Adreno 430 GPU. The smartphone also comes equipped with Dual 4G Nano-SIM cards slots, as well as the popular USB Type-C. The 6P features a beautiful 5.7-inch QHD touchscreen paired with 3GB of RAM. The SoC on board is Qualcomm Snapdragon octa-core 810 v2.1 with Adreno 430 GPU. The phone comes in 32GB/64GB/128GB storage options. A fingerprint scanner on the phone is at the back of the phone below the camera module.

The camera sports a 12.3MP sensor with laser autofocus, dual-LED flash at the rear and a rather impressive 8MP on the front. This pure Android phone will run on the latest Marshmallow operating system. It also has a USB Type-C port. A 3450mAh battery pack provides the juice required to run this device. The 32GB variant of the 6P falls just under Rs 40,000. As far as storage capacity is concerned, this handset comes in two variants – 32 and 64 GB, but does not feature a MicroSD slot for expanding memory via an external card. The display is a stunning 5.7 inches, Gorilla Glass 4 Super AMOLED capable of producing 1440 x 2560 pixels at 518 ppi. This phone that hardly needs any introduction comes with a 4.7-inch Retina HD display with 3D Touch and LED-backlit widescreen. The display can output a maximum 1334×750-pixel resolution at 326 ppi. The processor on board is a Dual-core 1.84GHz A9 chip with 64-bit architecture with Embedded M9 motion coprocessor.

It packs what can be deceptive 2GBs of RAM that coupled with the chipset provides lag-free performance. The phone comes in storage options of  16GB/64GB/128GB. Camera options on the 6s include a 12-megapixel iSight camera with 1.22µ pixels ƒ/2.2 aperture at the back, and a 5-megapixel photos ƒ/2.2 aperture with Retina Flash on the front of the phone.

The fingerprint sensor for the phone is at the front, housed in the home button. The 16GB Rose Gold model is currently priced at Rs 45,999 on Amazon.

Sanket Vijay
When not indulging in reading or writing, Sanket fanboys over The Flash, Star Wars, Coldplay, and U2. And pizza, he loves his pizza. Follow him on Instagram for more.
You Might Also Like
AppleGoogleLatestLenovo
Read More