This New iPhone Bug Will Leave Your Device Unusable A new iPhone bug has emerged which is capable of rendering your device absolutely useless. Yes, you read it right -absolutely useless. The only way to fix it would be to take it to an Apple Store where in all likelihood they would have to replace it.

This bug supposedly emerged at 4Chan on Thursday and has also been spotted on Facebook and Reddit since. There is one simple way to protect yourself from the bug -to never set your iPhone date to 1st January 1970.

It is unclear at this point why the specific date is causing Apple devices to behave this way but one speculated reason involves time zones and the device’s internal clock. Additionally, this wouldn’t be the first time when Apple users have faced issues related to the clock. In the past, clocks on Apple gadgets have acted up to tell the wrong time and delay alarms.

Find below the troll which appeared online urging people to change the date on their device to the aforementioned January date. It promises an “easter egg” that would put a retro Apple logo on the display of your phone. But let us break it to you -there are no easter eggs in the evil world of the Internet. 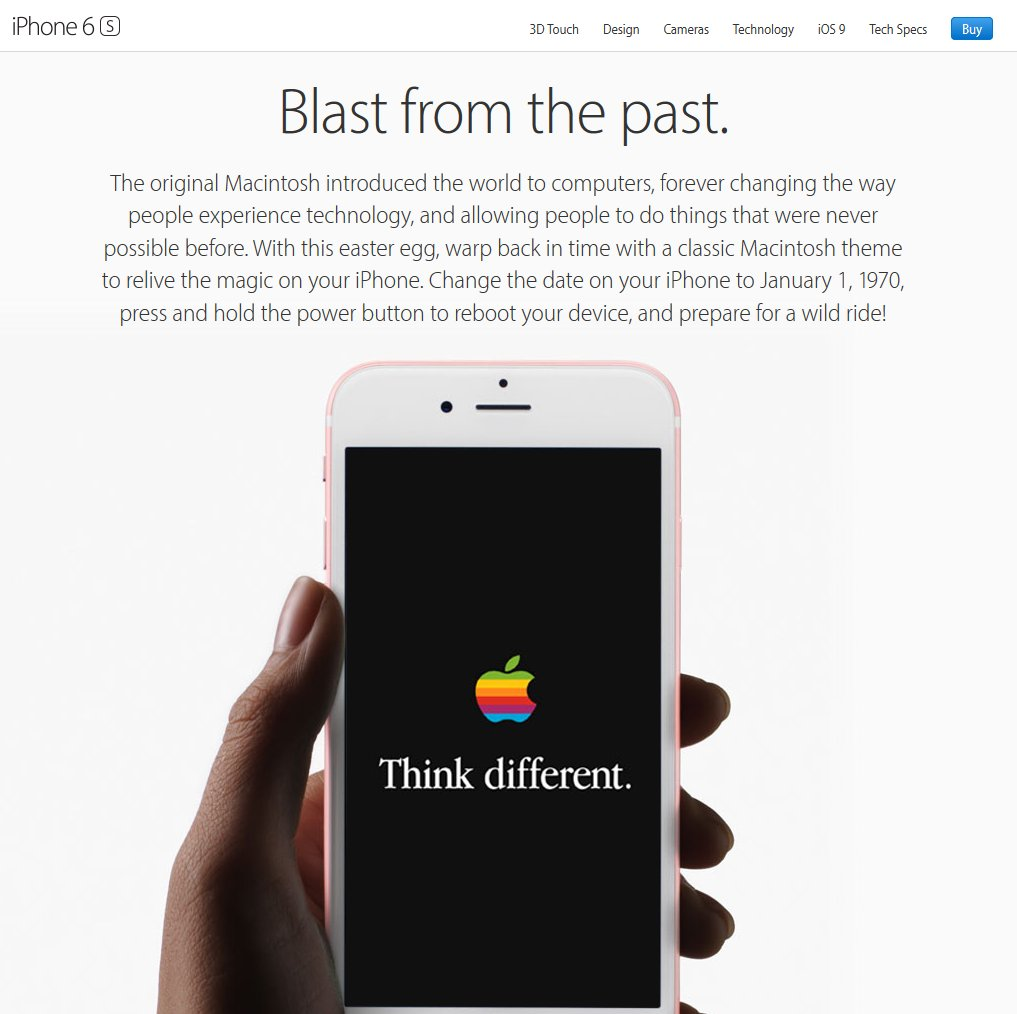 Once the date has been entered, and the phone is rebooted, it would refuse to respond. Even connecting it to a computer or using iTunes would not help you reduce it to its non-brick state.

Making this troll even more interesting is the fact that Apple did not start as late as 1976. It should be noted, however, that only those Apple devices which are powered by the A7 processor and later -iPhone 5s and above, iPad Air, iPad Mini 2 and above are susceptible to it.

likethis
What's your reaction?
Awesome
0%
Epic
0%
Like
0%
I Want This
0%
Meh
0%
Posted In
Apple, Apps and Software, Latest
Tags
bug, iPhone
bug, iPhone
About The Author