Few earlier reports have pointed towards the fact that the iPhone 7 will now come with three storage options as always, however, the sizes may be 64GB, 128GB and 256GB and not the current 16GB 64GB and 128GB.

The below image shows a 256GB SanDisk NAND flash memory chip which is physically smaller than the company’s 64GB chip. This has been designed to fit in the future iPhone, iPad and well other smart devices including those from Apple, like the Apple TV and even Macbooks. 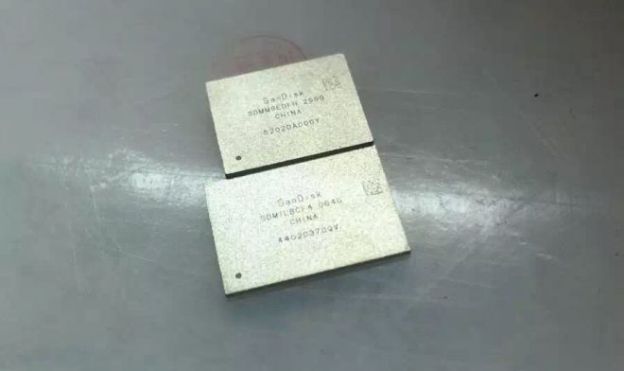 Sandisk has been one of the key suppliers to Apple for storage chips in the iPhone 5, iPhone 6, and iPhone 6 Plus. And with the above image, it seems the rumors are drawing more to a possibility.

Apple has also used NAND flash chips from Samsung, SK Hynix and Toshiba. While Samsung has been parading its 256GB Nand flash chips and now that Sandisk has joined the party, Apple may not only have the right suppliers but also enough suppliers to amass the requirement for their next-gen iPhone 7.