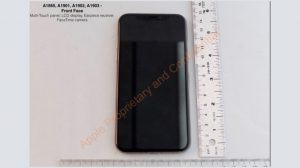 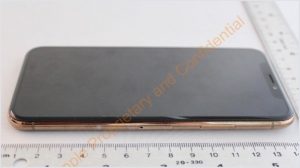 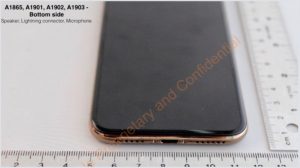 Every smartphone maker has to share details of a new smartphone in the making with the United States Federal Communications Commission. According to the documents obtained, the gold colour of the iPhone X was filed much before the launch of the iPhone X in September. While many of the documents were available soon after submission, external photos and other sensitive details were subject to a six-month confidentiality clause. That period is now over and the photos of the iPhone X Blush Gold have been released.

It appears that Apple had planned to launch the iPhone X in three colours, just like the iPhone 8 and 8 Plus. However, the company could have run into some manufacturing issues which led the company into canning the gold colour variant. Prior to the iPhone X launch as well, there were many rumours that claimed Apple would launch its marquee iPhone in three colour variants. Ming-Chi Kuo of KGI Securities had said that Apple was experiencing production issues for a iPhone X Blush Gold. He also suggested that the company could launch the iPhone X Blush Gold at a later date to give Apple time to work out the problems. Interestingly, the stainless steel frame on the iPhone X Blush Gold also has a shade of gold. This could be one of the aspects of this colour variant that was causing trouble. It is worth noting that the Blush Gold iPhone 8, which has an aluminium frame was launched in time along with other colour variants.